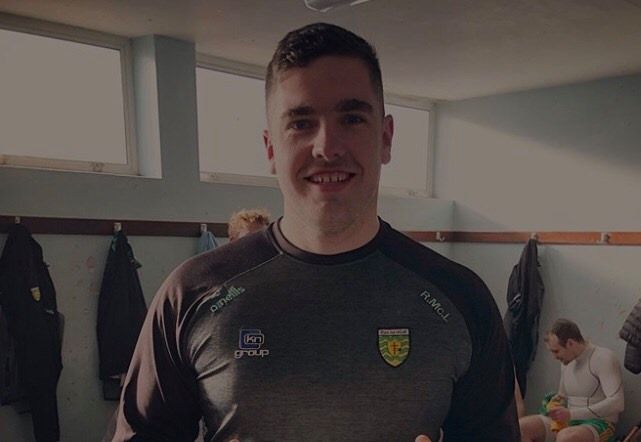 Listen: Ryan McLaughlin on findings of player proximity study – and what it means

A DONEGAL man was involved in a groundbreaking new study that examined player proximity in GAA.

Newry-based company Statsport produced a white paper on the topic for the Premier League and have produced a similar report now after being commissioned by the GAA.

Buncrana man Ryan McLaughlin, who is on the back room team of the Donegal hurlers as a performance coach, is a sport scientist with Statsport.

The study shows that a typical game of Gaelic football will have an average of 17 ‘incursions’ per minute with incursions lasting an average of 2.5 seconds.

The study also looking into activity in training, where average incursions lasted 1.6 seconds, although they occurred more frequently in training – averaging 43 per minute.

The detailed report is an informative read into activity and provides encouraging signs regarding the GAA’s Return to Play plans, which are expected to be published later today.

Listen to a full interview with Ryan McLaughlin below …