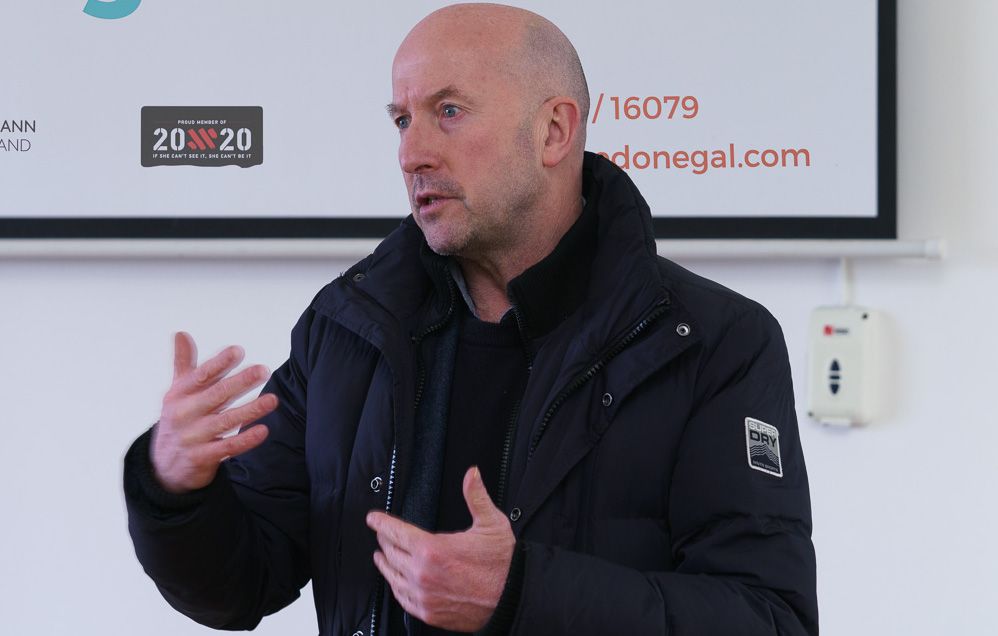 Donegal sports co-ordinator pleads with people to be extra careful

The number of adults participating in recreational walking, running and cycling across Donegal continues to reach record levels during Covid-19 restrictions.

Now Donegal Sports Partnership Coordinator, Myles Sweeney, has appealed for people to be extra vigilant while out on the roads.

He said “There are more people using the public roads, be that for cycling, walking or running. We do try and encourage people to use safe off-road routes where possible such as wooded areas or beaches.

“But where people can’t access off-road routes, or for those living in urban areas, our message to them is to stay safe. So, there is an onus on motorists, cyclists, walkers and runners to do their best to look out for each other and give the necessary room and respect when passing, meeting or overtaking.”

He said we all simply want everybody to be safe.

He added “There has been a decrease in the number of people driving. But that’s going to change from next week when the country moves to phase two on the roadmap for reopening society and business with the 5K limit for travel and exercise set to be extended to 20K.”

According to a recent survey conducted by Ipsos MRBI on behalf of Sport Ireland, the current participation rate in sporting activity is 51 per cent. Three sports dominate the sporting landscape at present with approximately 710,000 participants in exercise, 680,000 runners and 510,000 cyclists.

“The initial target set out in the National Sports Policy 2018-2027 was 50 per cent and it’s actually surpassed that over the last three months which is a really positive development. People have been cocooning for a number of weeks and have been restricted because of Covid-19. People seem to have more time to dedicate to physical activity and sport and that balance is certainly more apparent now,” said Myles.

“We are seeing more people exercising and they are also spending more time on family activity. The next generation are being exposed to this way of life which is a positive, too. There are also the physical and mental health benefits from this large increase in exercise and activity, so it’s a win-win for everyone in such a restrictive time,” Myles commented.