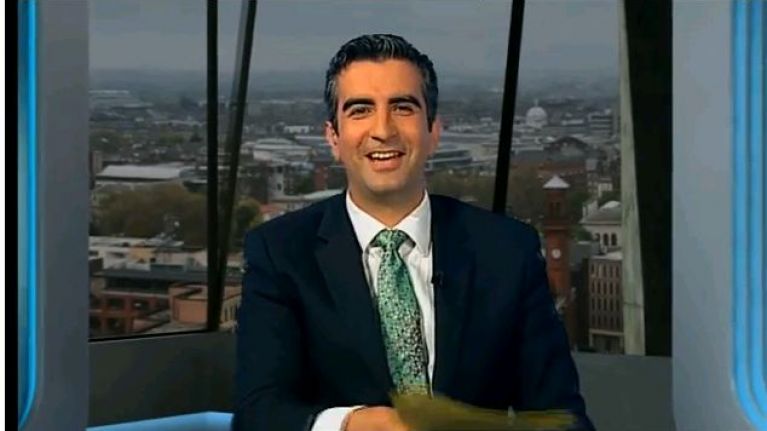 Donegal television presenter Tommy Martin says he hasn’t been back to his native county in almost six months and is missing it badly.

The Annagry man is the well-known face of Virgin Media Sport including its Champions League coverage.

Since sporting fixtures stopped due to Covid-19, Tommy has been redeployed to the breakfast slot.

He has fitted in well but the one thing he is missing is the hills of Donegal.

He revealed “What really hit home early in the year is you can make as many plans as you want but you just don’t know what is going to happen.

“I haven’t been home to Donegal since January and I was only saying last week, apart from the year I went travelling to Australia years ago, this is probably the longest time in my life that I haven’t been to Donegal.

“I really feel like there is nowhere I’d rather be.”

Tommy’s home from home is close to Croke Park on Dublin’s northside.

He said that the lockdown has made him think about all the things he took for granted beforehand.

He told the Mirror “The thing that really bothered me, apart from the tragic losses and the health side, is the day-to-day side of it all.

“It has taken away a lot of the things we love the most. Like going to restaurants, going to pubs, concerts or matches, it’s such a big part of the summer and the excitement of the GAA championship or even the local stuff.

“I live close to Croke Park and you can hear the roars from my house but I don’t know when we will see those big crowds of 80,000 people packed together in the stadium.

“It seems a long way away at the moment and that is quite sad.

“We really lost something really magical in our lives.”

As for a return to his role as a sports presenter within the station, he said: “As far as I know they are hoping there will be some sport back with the champion’s league and stuff by the autumn. From maybe August or September things could get back up again.