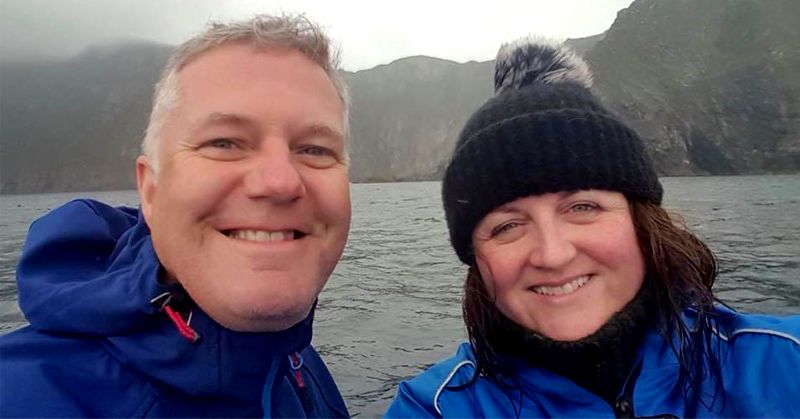 A Donegal couple is taking a deep dive into a mighty fundraising challenge this month in aid of four vital causes.

Melissa Quigley and Colm Maguire from Fahan are swimming 100km in Lough Swilly in June in aid of the Donegal Hospice, RNLI Lough Swilly, Foyle Hospice and Foyle Search and Rescue in Derry.

Both avid swimmers, they are now using their skills to make a splash and support local services.

“It had been a while since our last fundraiser so we thought it was time to do something to help others,” Melissa said.

“The global pandemic has been particularly hard on all charities and the four we chose were close to our hearts because of the fantastic work they do and have done for friends and family in both Derry and Donegal.”

Melissa and Colm have already managed to swim 23.3k of their 100k total and raised £700 in a week on their PayPal donation page: paypal.me/BigLoveRocks

Melissa added: “Conditions were stormy but we ploughed on through.  We had to take Sunday as a rest day because the winds were just too strong so for safety’s sake we stayed out of the water.  Most of our swims so far have taken place between the Marina at Fahan and Ludden but with travel restrictions now extended we’re hoping to swim at a few different locations.”

“We have been completely blown away by the love and support we’ve received to date.  People have been so kind – offering us so much encouragement. Donations have been made from folk in Donegal and Derry.  All proceeds raised will be split equally between the four charities.

Melissa and Colm have been swimming all their lives and swim in the Swilly all year round as often as possible. Melissa trained with Foyle ASC and is now a swim coach with City of Derry ASC, and Colm trained with a club in his native Glasgow called Scotia ASC.

They have previously taken part in swims in aid of the Children Cancer Foundation, Ireland and the neonatal unit in Altnagelvin.

This time, they chose to support four services who are in urgent need of help during Covid-19.

Melissa said: “A few years ago we swam the length of the River Foyle to raise money for the Foyle Search and Rescue … on the day of the event they were more than happy to transport us to our starting point and support us along the swim and scooped us out of the river at the end.  We’ve swam locally from Rathmullan to Buncrana and the RNLI Lough Swilly played a part in keeping us all safe that day.

“And as far as the two hospices are concerned, I don’t think there’s a family either side of the border who haven’t experienced, first hand or otherwise, the kindness and compassion of the both.  The services they provide go above and beyond.  Our communities would be lost without them.”

If you’d like to donate you can do so using the link below or you can contact Melissa and Colm directly, if you prefer: paypal.me/BigLoveRocks