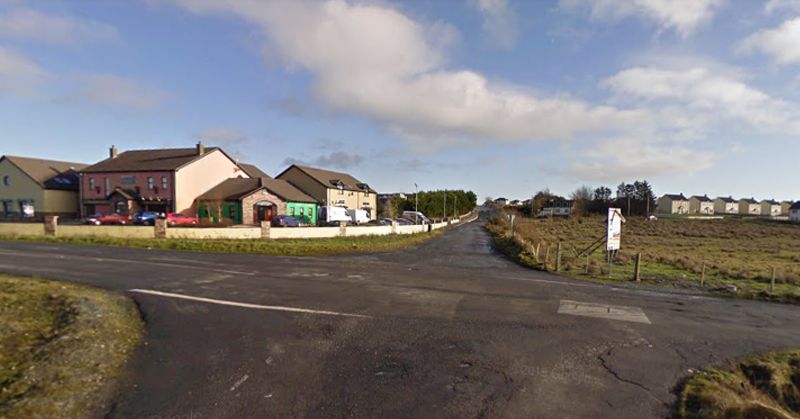 Call for mini-roundabout at accident blackspot turned down

A Letterkenny councillor has expressed his disappointment after calls for new traffic calming measures at an accident blackspot have been turned down by the council.

Emergency services attended to the collision at the junction beside the Cill an Oir complex on 29th May.

This accident, and a number of other minor incidents, led Cllr Kavanagh to bring local residents’ concerns to the Letterkenny Municipal District council today.

“I’ve had personnel from the emergency services contact me about it, and they’ve told me that it’s a matter of time before there’s a fatality there,” Cllr Kavanagh told Donegal Daily.

“They are suggesting that the mini roundabout is a solution but the council are very clearly shooting that down.”

Cllr Kavanagh asked the council to consider installing a mini roundabout and other safety measures to improve safety at the junction.

The Roads Department said that a mini roundabout is less pedestrian-friendly and there are no plans to construct one. Council engineers are set to assess the junction to determine whether alternative low cost measures are appropriate.

Cllr Kavanagh said the issue of road safety in the area deserves to be treated more seriously than with the response he received.

“This is an issue I’ve raised several times going back to the town council days and other councillors have raised it too. Engineers said they will assess it but that answer has been given before. I think this does deserve to be treated more seriously than that,” Cllr Kavanagh said.

“This is something that I want to pursue further and follow up with engineers after they have assessed it. I would also want to get a record of accidents, serious and minor events at the junction.

“The engineers don’t seem to see a problem at it, but the emergency services do.”