A SCHOOLBOYS football club in Donegal could fold if a proposed development – which has been objected to by former Republic of Ireland manager Martin O’Neill – does not get the go-ahead.

Dunfanaghy Youths are hoping to get the green light to begin development on a 1.52 hectare site at Lurgabrack, Dunfanaghy.

The proposed development includes provisions for a full-size playing pitch, half-size training pitch plus a clubhouse with adjoining spectator area and associated facilities.

As exclusively revealed yesterday by Donegal Daily, O’Neill is one of nine objectors. O’Neill, resident in London, submitted a detailed document to Donegal County Council outlining his grievances.

Since 2017, Dunfanaghy Youths FC have been on the hunt for a ground after being told they would have to leave their previous home at Kill, Dunfanaghy. 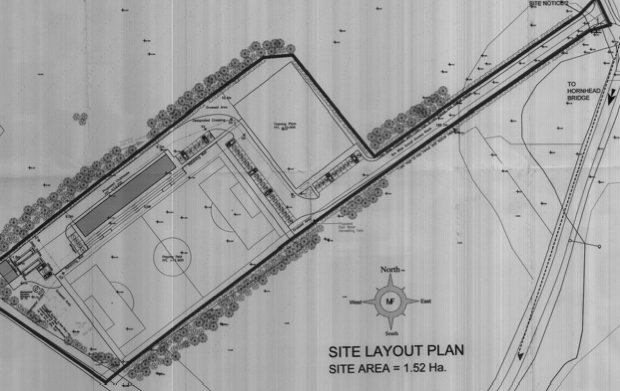 The site of the proposed development was previously owned by Coillté, the State-owned forestry company, and Dunfanaghy Youths’ plans were unveiled to members at the AGM in December at the Masinass Hall in Creeslough after the location was identified earlier in 2019.

“We were fortunate that we got a year’s grace with the pitch at Kill so we were able to get the wheels in motion early,” Danny Ferry, a former manager and current committee member told Donegal Daily.

“We have exhausted all the other possible options at this stage. If this is unsuccessful the club would go to the wall. This is our one and only chance for a development now.

“People had identified and investigated some proposed sites, but none were suitable and this is the one

“At the Donegal League headquarters in Ballyare, the name of Dunfanaghy is up on the glass. It would be sad to see the name of another club have to come off.

“This isn’t about any individuals who have objected, it’s the substance of it. It’s about sourcing a patch of grass for the children of the area to play football on and to make sure that that future is secured.” 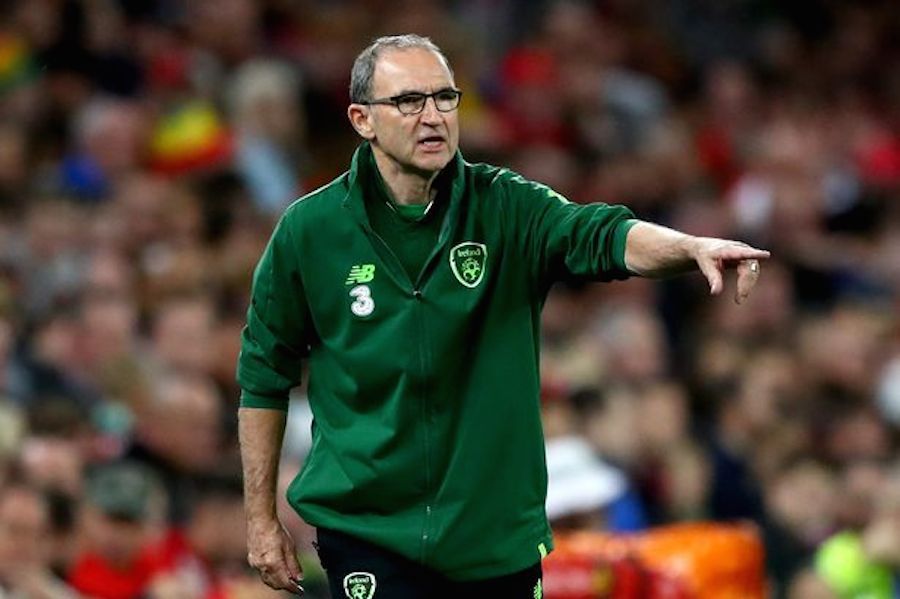 While O’Neill’s objection includes concerns over floodlighting – ‘which will have direct impeach on wildlife and the nearby residents’, he wrote – there are no provisions in the plans for floodlights at this time.

The building proposed is described as ‘low-profile, single-storey’ and there are plans for a four-row covered standing area, with no seating capacity, to adjoin the clubhouse.

Horn Head House was built in 1701 and served as the seat of the Stewart family until 1934. Captain Stewart served as the High Sheriff of County Donegal in the 1700s.  The five-bay, two-storey house has been unoccupied since the mid-1930s and the estate includes what are described by the National Inventory of Architectural Heritage as ‘some ruinous outbuildings’ 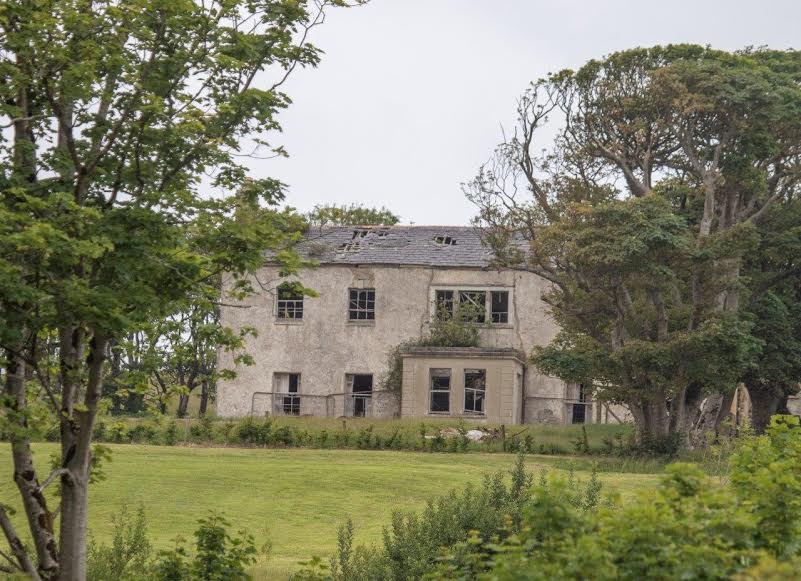 Dunfanaghy Youths won the John Gorey Curran Cup in May 2018 and in December 2018, when they were operating without a home pitch, won the Donegal Youth League.

In 2019, Dunfanaghy Youths were without a permanent home venue and did not defend their titles. The club had to vacate the pitch at Kill – which they had used for 25 years – in the summer of 2018 as the landowner from whom they leased the venue wished to use the property for another purpose.

The club has used, for its schoolboy teams, the pitch at PCC Falcarragh while small-sided games and training have been held at the community pitch in Creeslough. Neither of these, however, provide long-term viability for the club.

Mr Ferry said: “We have been extremely lucky to have had the assistance of PCC and the Trustees of the pitch in Creeslough. Without their help, we wouldn’t have been able to operate at all, but they are not suitable to use as a permanent base. That just isn’t possible.

“The Donegal Schoolboys League and the clubs around us have also been very helpful to us in accommodating us.” 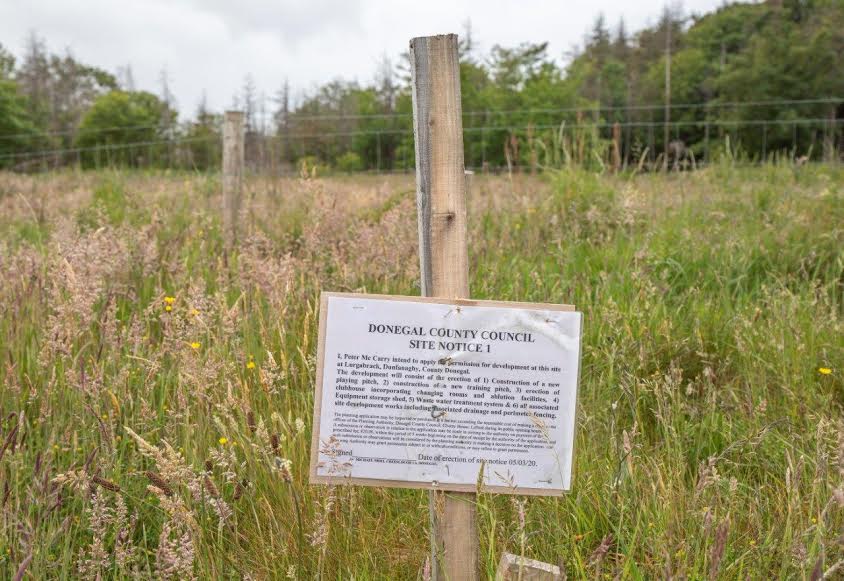 O’Neill’s objection, dated May 5 last, contains a seven-page document, in which he outlines his views under a number of headings including: environmental concerns; contravention of development plan guidance; the site’s planning history; traffic and pedestrian access; and changing the character of Horn Head.

Dunfanaghy Youths made a submission, in November 2019, for the lands in question to be taken out of the Especially High Scenic Amenity (EHSA) category. They say that the planting of non-native evergreen trees ‘add little or nothing to the environs’ and argue that the site ‘does not meet the definition of an EHSA and should be taken out of the designation’.

The proposed development – which has been supported in writing by the Football Association of Ireland and the Donegal Schoolboys League – would be concealed by trees with a number of rows to be retained, something the club says would ‘reduce the impact’. 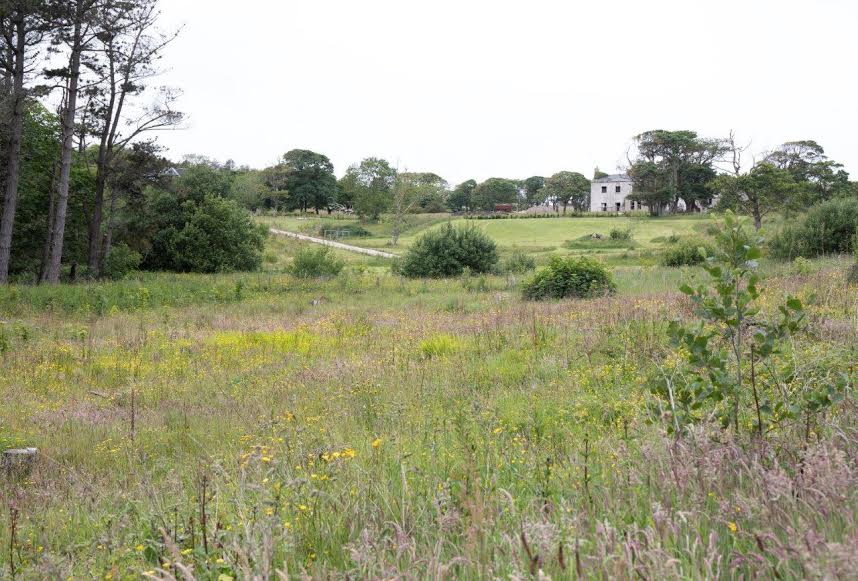 Dunfanaghy Youths note, in a letter submitted with their application, that permission has previously been given for recreational facilities in the area. A car park, used for off-road parking for walkers, was installed while the site is only 250 metres from The Bridge, the home ground of the St Michael’s GAA club.

Dunfanaghy Youths’ application states: “The proposal would lend itself well to accommodating the major sporting bodies at one end of the town on the periphery of the town centre.”

Donegal County Council says a decision is due on July 7.