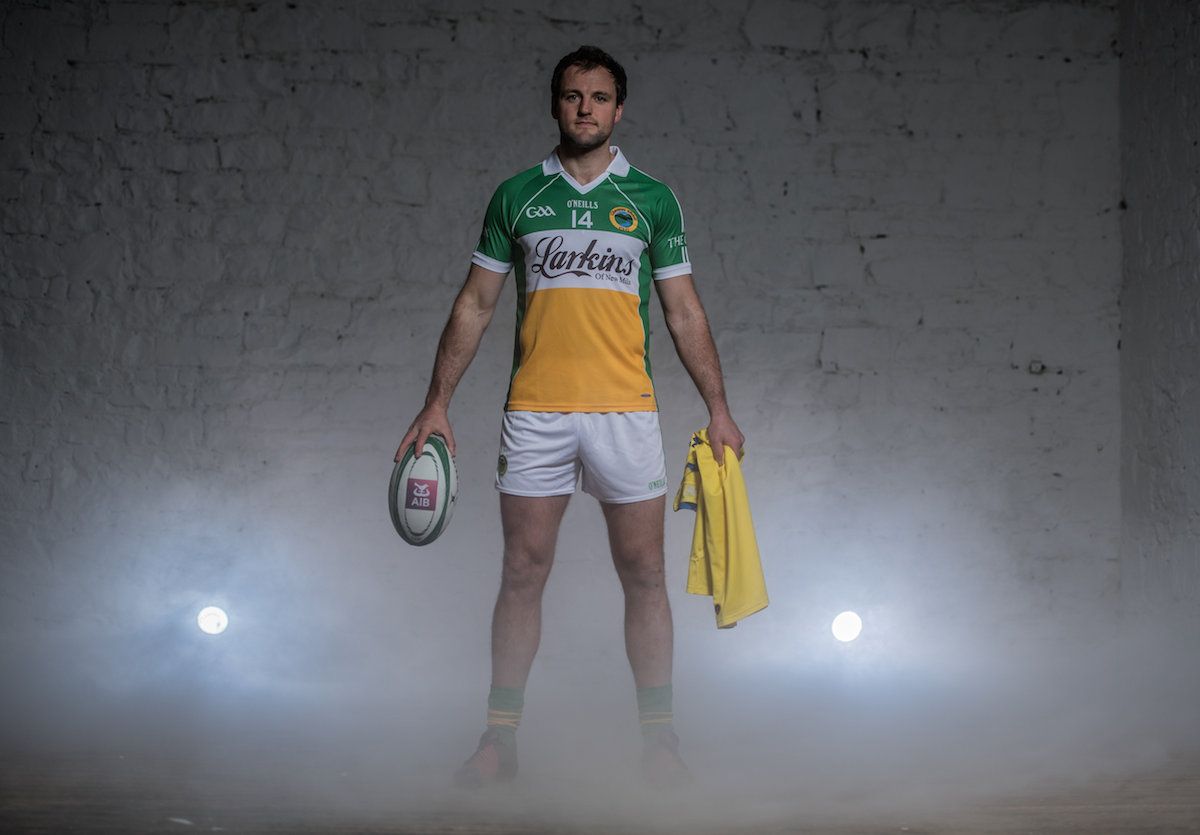 TWO apple trees in Bomany have been aiding Donegal’s preparation for the 2020 GAA Championship.

As the lockdown weeks wore on, Michael Murphy found himself transported back in time.

The Glenswilly man, like many top sportspeople, had to improvise and be creative to keep ahead of the game over the last three months.

Donegal had been gearing up for round six of the Allianz League – and a Championship dress rehearsal – when the rug was pulled in mid-March.

For Murphy, who lives in remote Bomany on the outskirts of Letterkenny, the last couple of months have necessitated a return to basics.

“It’s been back to the back lawn again,” the Donegal captain said of his personal training during the Covid-19 lockdown. 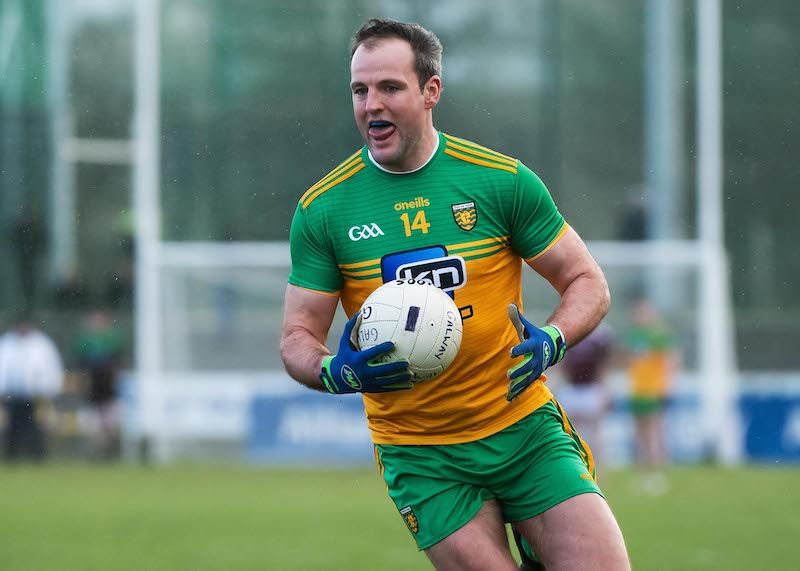 “I’ve been back out revisiting the areas I was until I was 14 or 15, out the back kicking between two apple trees. That is essentially it.

“I know I’m 30 and that sounds quite sad, but that’s essentially where it was.

“I’ve tried to be creative around the house, especially in the initial time when the travel was really tied down. The fields around my area aren’t really suited.

“Exercising for me was the number one. The roads aren’t ideal, but I had to make do with what I had.

“Our management team did a brilliant job in looking at the environment available to each of us and incorporate a programme around that. Did people have equipment? What did the have? What could they do with it? They had a programme that kept us actively engaged and kept the heads right.” 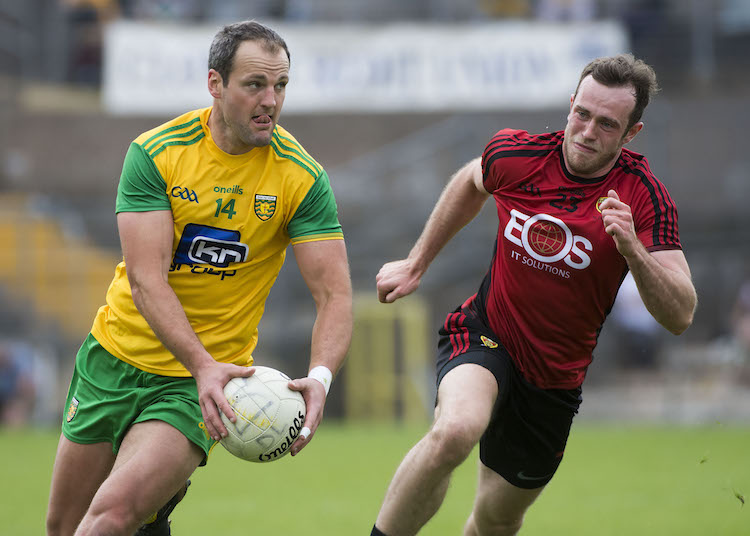 Murphy spoke via a collective Zoom call this morning in which he outlined how his shop – Michael Murphy Sports – in Letterkenny has been dealing with the uncertain times.

The 2012 All-Ireland winning captain has put the time to other uses too as he seeks to prolong his playing days.

It seems striking to talk about Murphy and retirement in the same sentence, but he turns 31 in August and admits that he has thought about that dreaded time when Donegal’s number 14 won’t be between those shoulder blades.

Murphy believes the recent work he has undertaken could benefit him in the long run.

He said: “The time we finished up was the middle-end of the National League and that’s the time when you’re finding yourself as a player. I didn’t want to lose any of that.

“As best I can, I’ve been trying to practice and also try to work on certain areas of my body that need more attention; things that could potentially have a negative affect on playing time in the near future.

“It’s a chance to get looked at, get rehab, prehab and stronger and hopefully make me more durable to play more minutes in the remainder of the career.

“There was never a real detachment where I was able to put the ball away. I was always kept going at something.

“It was frustrating sometimes to look at the tv and see public spaces or parks in cities opened. That’s just the way the cookie crumbles. That was frustrating from a selfish point of view. You just bring yourself back to basics and hope that the club will be open and back to being the hub of the area again.” 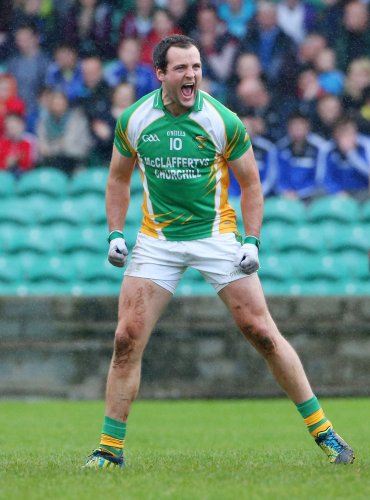 Michael Murphy is looking forward to action with Glenswilly again

Murphy believes that Donegal can be well placed to resume some promising signs in October, when a condensed 2020 inter-county season will get underway, given the likes of Stephen McMenamin, Paddy McGrath and Oisin Gallen have had ample time to recovery from injuries that had dogged their campaign.

The club championship will be played before the inter-county season gets underway and Murphy is in favour of a knock-out system when the county action goes under starter’s orders.

Whenever and wherever Donegal resume, Murphy believes young starlet Gallen can shine. An Australian Rules trial last year rose fears that the Sean MacCumhaills forward could head Down Under.

Murphy said: “He’s a real, smart, level-headed lad who is really driven to play for Donegal. That is really evident from him. Maybe that would influence any decision he would have to make insofar as he loves playing for Donegal and I just know he is hungry for success.

“He has been brilliant. He’s such an exciting prospect to have.

“He is so driven to keep improving and keep getting better. That can only be positive for us.

“He’s a mature head on what are young shoulders. It’s crazy to hear the dates of birth of the younger players and play with players born in the 2000s!”

Murphy himself was courted by Australian Rules agent Ricky Nixon and had offers tabled to make a move. However, the lure of wearing Donegal’s colours proved too much, even if there remains a wonder about what might have been.

Those thoughts raised a head again when the Glenswilly ace spent time at French rugby side Clermont Auvergne in 2017 as part of RTÉ’s The Toughest Trade series. 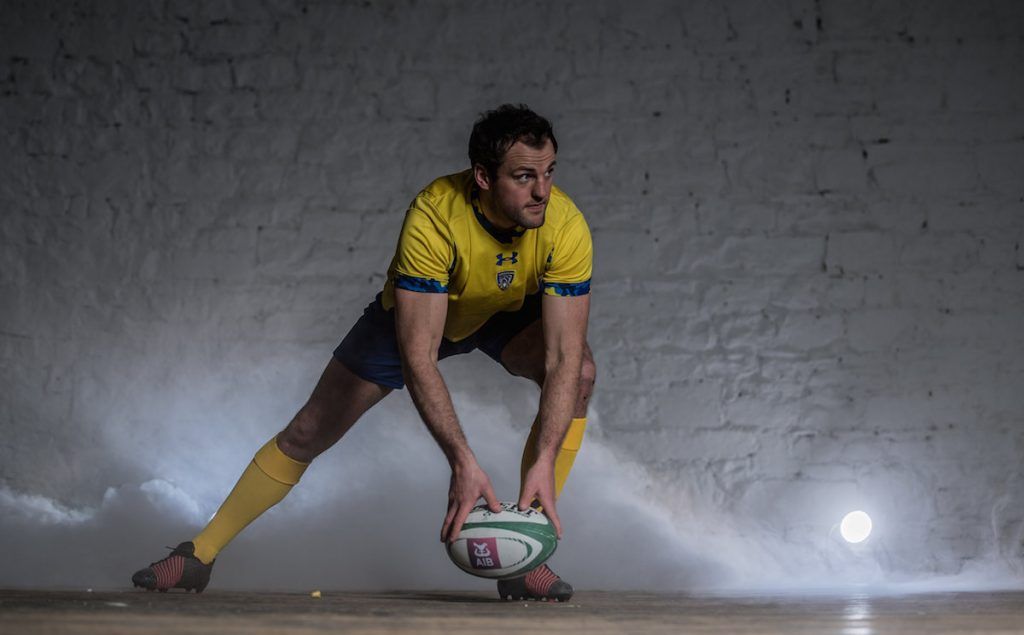 He said: “I enjoyed it more than I ever would have expected. I always loved rugby.

“The opportunity came around to go to Australia. One thing that has nagged at me as the years have passed is wondering what it would have been like to be a professional sportsperson and to live that lifestyle.

“To get a chance to do it with a professional sports team for a week when I was in my late 20s was something I wasn’t expecting. I loved it and it was beyond my greatest expectations.

“It was a different stratosphere in terms of being able to prepare, wake up in the morning, get your breakfast, go in for video work, get the body ready for training. It’s phenomenal. They’re huge specimens and powerful characters.”