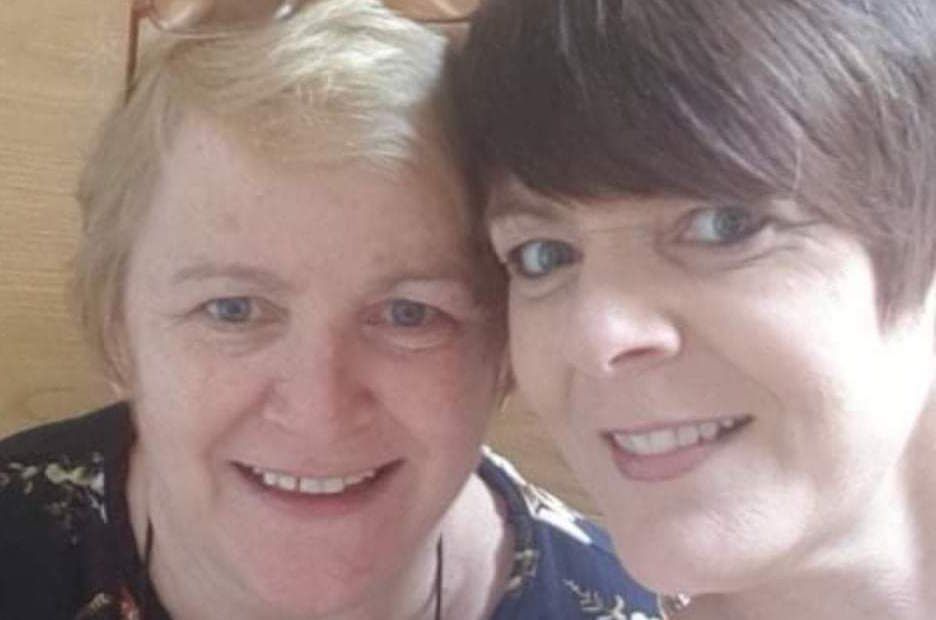 Sisters getting ready for close shave in honour of late father

Two Donegal sisters are set to encounter a real close shave in honour of their father and to raise funds for the Donegal Hospice.

Eddie Boyle, who was originally from Castlefin, passed away back in September, 2016.

Now daughters Pauline and Mary are set to have their heads shaved in a bid to give something back to the hospice who helped looked after their dad in his final days.

The two ladies have already raised more than a staggering €3,000 as the days count down to the June 18th cut!

Pauline (Carberry) is first for the chop live on Facebook at her home in Glenswilly at 6.30pm followed closely at 7.30pm by Mary who lives with her mum Kathleen.

Pauline says the headshave is a nice way to remember her dad but also to give something back to the hospice.

“We cared for dad at home in Quigley’s Pont for the five weeks before he passed. The hospice staff helped us and they were amazing.

“There are seven girls and two boys in our house and everyone helped out in looking after dad.

“Along with the district nurses and the doctors from Moville, he was cared for and loved very much right up until he passed,” she said.

If you would like to donate to Mary and Pauline’s headshave in aid of this very worthy cause, please see the link below.

Sisters getting ready for close shave in honour of late father was last modified: June 12th, 2020 by Staff Writer