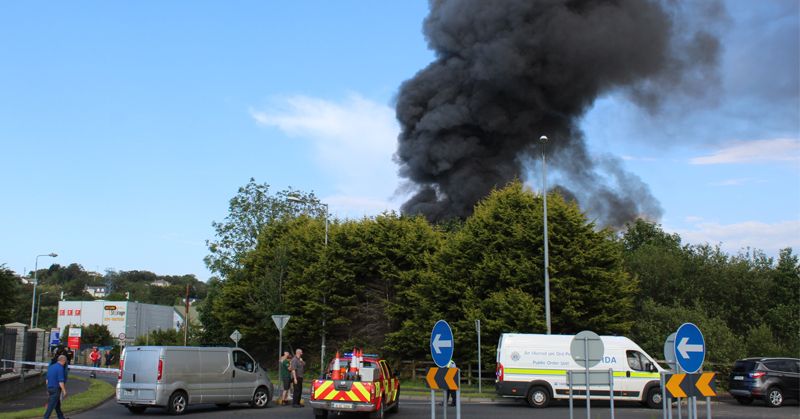 A power cut impacted over 800 homes following a major fire at Lisenan, Letterkenny.

Emergency services remain at the scene of the blaze, which broke out at Watson Hire this evening.

One has since been restored while 70 homes continue to be affected by an outage (as of 7.45pm).

ESB crews are working on the issue and expect supplies to be restored by 11pm.