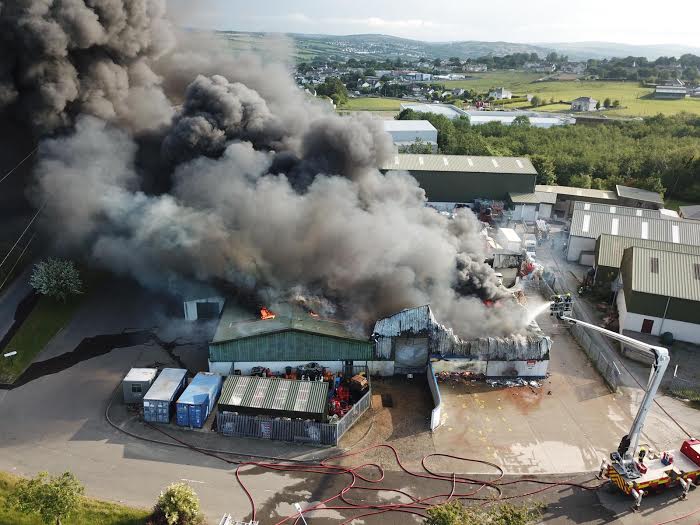 GARDAÍ have asked residents in the area of a major fire in Letterkenny to remain in their homes.

At around 6pm this evening, a blaze broke out at Watson Hire in the Lisnennan area of Letterkenny.

The fire started as staff were preparing to close the premises for the evening. A loud bang was heard before the flames quickly took hold as startled staff fled to safety.

It is believed that extensive damage was also caused to a HSE storage unit located behind Watson Hire.

Emergency services rushed to the scene and fire crews battled the flames.

The road was closed to access and groups of locals began to gather at the scene.

However, Gardaí have pleaded with residents to stay indoors.

A spokesperson said: “We are asking all residents of Kiltoy, Gortlee, Ballyraine and Lisnennan to please remain indoors and keep your windows closed especially those with any respiratory problems.”

It is not believed that there were any injuries from the blaze.

It is not known how the fire started. 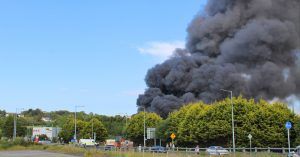