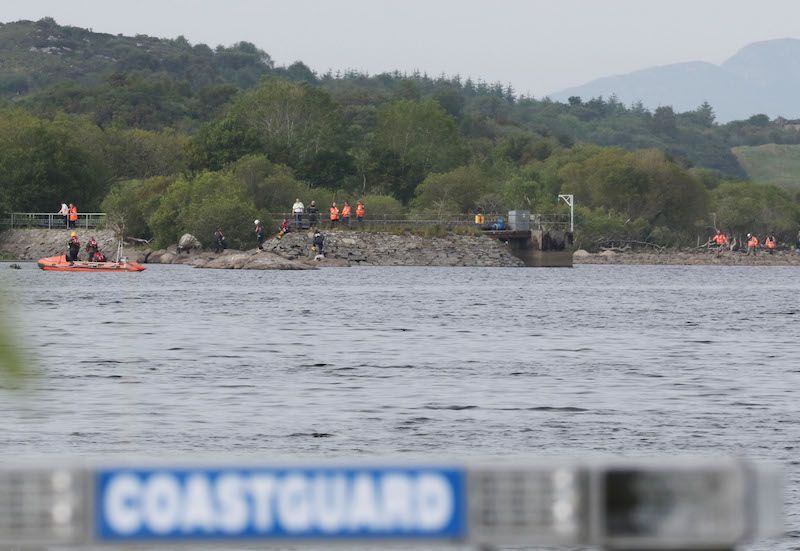 Father and son die after family day out ends in tragedy

A father and son have drowned after a family day out turned to tragedy this afternoon.

The pair died after they had gone on a family day out on Lough Keel, between Kilmacrennan and Golan this afternoon.

It is understood the family had been fishing in the lough.

Details of the exact cause of the tragedy are unconfirmed but it understood one of the men fell into the water and a second went in to try and assist him.

The men who died are a father and son but are not believed to be from Ireland.

Another son, beieved the be in his teens, survived the tragedy.

It is understood that they may have a holiday home in the area.

Members of Irish water who were working in the area heard cries for help shortly after 2.45pm and made an emergency call. 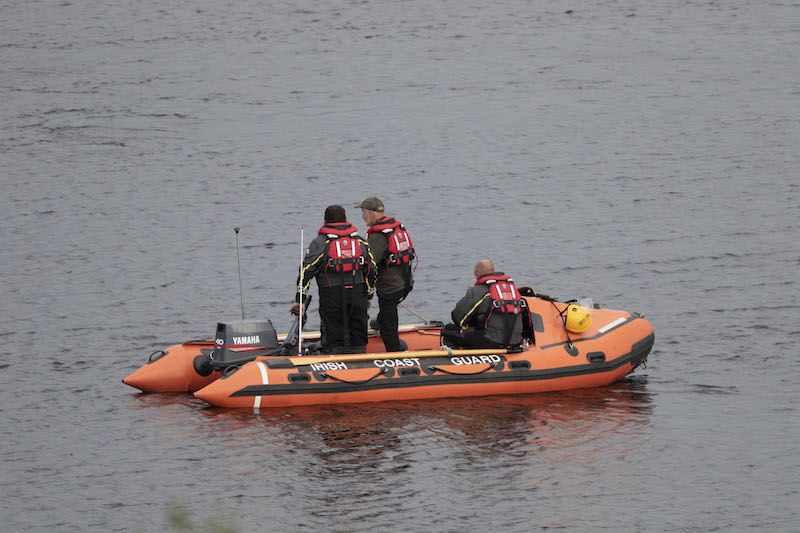 Members of the Coastguard during the search at Lough Kiel in Donegal. (North West Newspix)

Members of the Rescue 118 helicopter were dispatched from their base in Sligo while the Mulroy Coastguard also arrived on the scene supported by Gardai and ambulance personnel.

Specialist divers from Sheephaven Sub-Aqua Unit were also brought in to search the area.

The body of the first victim was recovered early in the search.

However, it took another couple of hours to locate the second body which was recovered after 6pm by the divers.

Medical personnel including a doctor were also drafted into the scene and both victims were pronounced dead at the scene.

Their remains were removed to Letterkenny University Hospital where post mortems are expected to be carried out.

Members of the Gardai could be seen removing two fishing rods from the scene later in the evening.

A member of the rescue services described the scene as simply “heartbreaking.”

“To look at the young lad who survived would break your heart. He looked like he was only in his early teens and he was just heartbroken and distraught.

“This was a family who just went out for a day’s fishing and then this happened. It just shows how fickle life can be.

“It would good to be able to recover the remain so quickly but that’s no consolation to the young lad who has lost his father and brother,” he said.

A full investigation into the circumstances of the tragedy has commenced.

“I don’t know the exact circumstances of what happened to this poor family but you just can’t be too careful around water.

“My sympathy goes out to this poor family after what has happened to them,” he said.