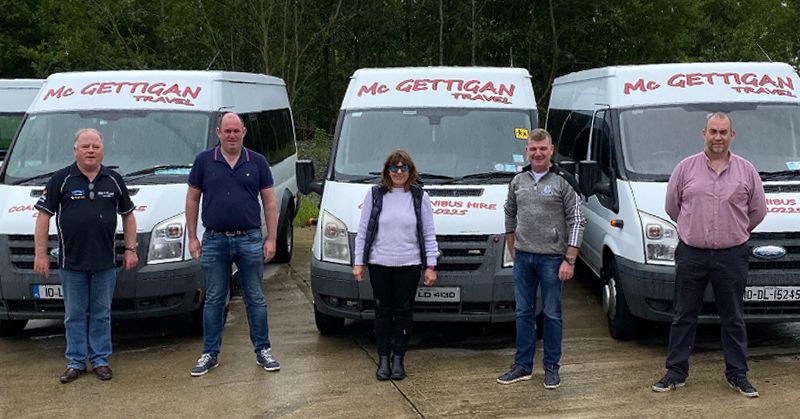 As September comes closer, Donegal’s private school bus operators are warning that there may be no services for schoolchildren due to a lack of government support.

The case of private operators is growing more urgent, they say, as they cannot fund summer maintenance work after months of no income.

Since schools closed on 12th March, local companies say they have received no government support other than the Covid-19 unemployment payment. Their frustration lies with Bus Eireann school bus contractors being paid 100% of the income for the first two weeks of closures and 50% right up until school summer holidays at the end of June.

“September is coming close and if schools go back, that’s still and if, operators have to have their buses ready. We have the same road safety rules to follow but we can’t do the maintenance with no income,” said Margaret Gallagher, who runs five buses for Illistrin NS in Letterkenny.

Margaret Gallagher is part of a group of local bus companies, including Cathal McGettigan, Gavin Friel of Michael Friel Coaches, Jim McGlynn and Home James – who have joined with over 300 other operators in Ireland to highlight the pressing issue.

An estimated 90,000 school children nationwide avail of school runs with private operators, but as many as 40% companies worry that they will not get back on the road in September.

Donegal’s private bus operators have launched an appeal to Education Minister Joe McHugh to back a new plan to support their maintenance work.

“There is a proposal from John Dunne Insurance that private operators would receive a once off Covid 19 Grant for €3,000 for repairs on a single bus and €1,500 for each bus after this,” Ms Gallagher said.

“We need extra back up from more ministers to get this through and we are calling on Minister Joe McHugh to deliver and keep the bus service for the children who don’t have tickets on the School Transport Scheme.”

The initial costs to return buses to the School Transport System include a full maintenance check, refill of fuel tanks, reinstatement of insurance, reinstatement of finance repayments, wages for drivers and other payments.

“If the Minister backed the proposal by John Dunne Insurance it would at least get the operators back on the road.

“At the minute it is very anti-competitive, with Bus Eireann contractors getting all the support while we do the same service.”