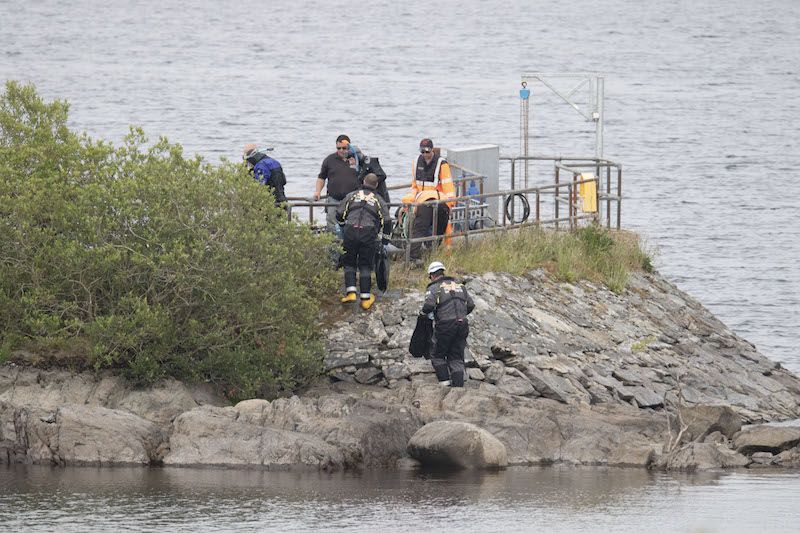 Father and son who drowned were from Isle of Man

A father and son who died in a drowning tragedy in Co Donegal yesterday were renovating their holiday home.

The men, who have still not been officially named, perished at Lough Keel on the outskirts of Kilmacrennan on Thursday afternoon.

The father is in his early 50s while the son who also drowned was aged 17 years.

They are understood to have been living in Douglas in the Isle of Man.

The victims, along with another 15-year-old son, had taken a break from renovations at the holiday home at Coolboy on the outskirts of Letterkenny to go fishing.

However, shortly before 3pm the 17-year-old fell into the lough by accident and his father jumped in to try and save him.

Both men tragically drowned and the youngest boy survived.

Irish Water employees working nearby raised the alarm and a massive search and rescue operation involving the Rescue 118 helicopter, Mulroy Coastguard, Gardai and ambulance personnel took was then launched.

Members of the Coastguard during the search at Lough Kiel in Donegal. (North West Newspix)

The body of the younger man was spotted by the Rescue 118 helicopter and recovered not long after the tragedy first happened.

Divers from the Sheephaven Sub-Aqua Unit recovered the remains of the second man after 6pm that evening.

It is understood that other members of the family including the dead man’s wife were due to arrive in Donegal today.

The remains of both victims are still at Letterkenny University Hospital where post mortems are due to be carried out.

Local county councillor Ian McGarvey said the thoughts and prayers were with the young man who had survived the tragedy and the extended family of the men who had drowned.

“People are numb that two lives have been taken in this manner following such a simple thing like a fishing trip.

“Our thoughts and prayers are with them at this time. Lough Keel is a beautiful part of our county and for this to happen in such a scenic and peaceful place just makes it so wrong on all fronts,” he said.

The Garda investigation into the tragedy is still ongoing.

Father and son who drowned were from Isle of Man was last modified: June 21st, 2020 by Staff Writer