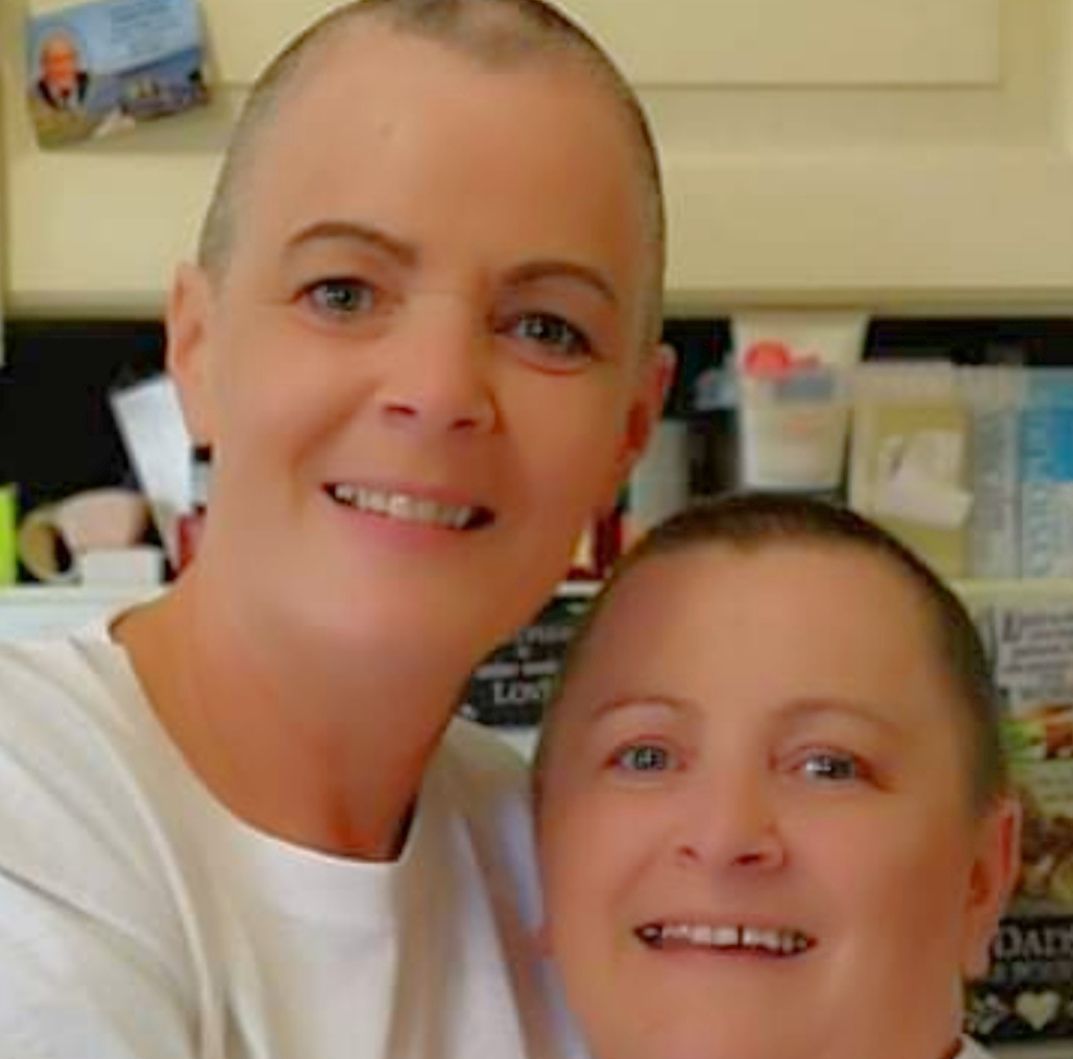 Sisters pay cold price after raising over €7,000 for hospice with headshaves!

Two Donegal sisters have raised more than €7,000 for the Donegal Hospice after throwing caution to the wind and having their heads shaved.

Pauline and Mary Boyle decided to do the shave in honour of their late father Eddie Boyle who passed away in 2016.

Pauline (Carberry) and Mary said they wanted to give something back to the hospice after they looked after their father at his home in Quigley’s Point in his final days.

True to their word the ladies took clippers in hand and off came their luscious locks last night.

Pauline, surrounded by her friends, family and work colleagues from Donegal Stationery, was first for the chop at 6.30pm with the cut being supervised from afar by Breda Doherty from HairDos.

With her new Sinead O’Connor look, Pauline had time to nip up to Quigley’s Point to see Mary undergo her transformation.

Poignantly, yesterday marked what would have been their dad’s 93rd birthday.

Pauline said herself and Mary are overwhelmed by the support they have received and the amount of money they have been able to raise for the Donegal Hospice.

Sisters pay cold price after raising over €7,000 for hospice with headshaves! was last modified: June 19th, 2020 by Staff Writer