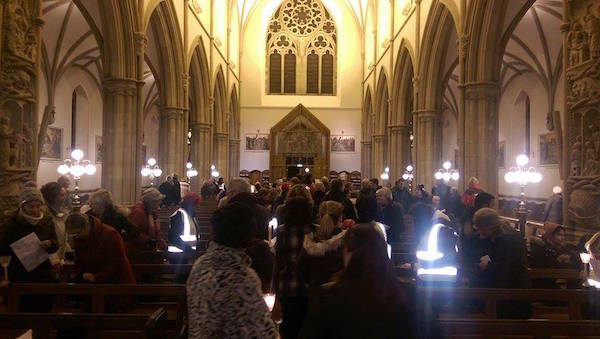 The Archbishop of Dublin has described the limit of people attending religious services as “strange and disappointing”.

Archbishop Diarmuid Martin said parishes have put a lot of energy and investment in preparing churches for reopening.

He added that it is disappointing that “with the reopening for public worship there is a blanket restriction to the participation of a maximum of 50 people in these first weeks”.

He said it seems “strange” that in a church which has a capacity for 1,500 and which has been fitted out to conform with social distancing rules, that only 50 people can be present, when there are large retail outlets “brimming with people”.

He said he hopes it will be possible to come to a more reasonable and responsible situation in which numbers permitted to attend mass could be proportionate to the size of each church and under current restrictions only 50 people out of a parish of over 10,000 might be able to attend.

Churches across Donegal will open in line with Government regulations with some including St Eunans Cathedral in Letterkenny being forced to operate a booking system for attendance.