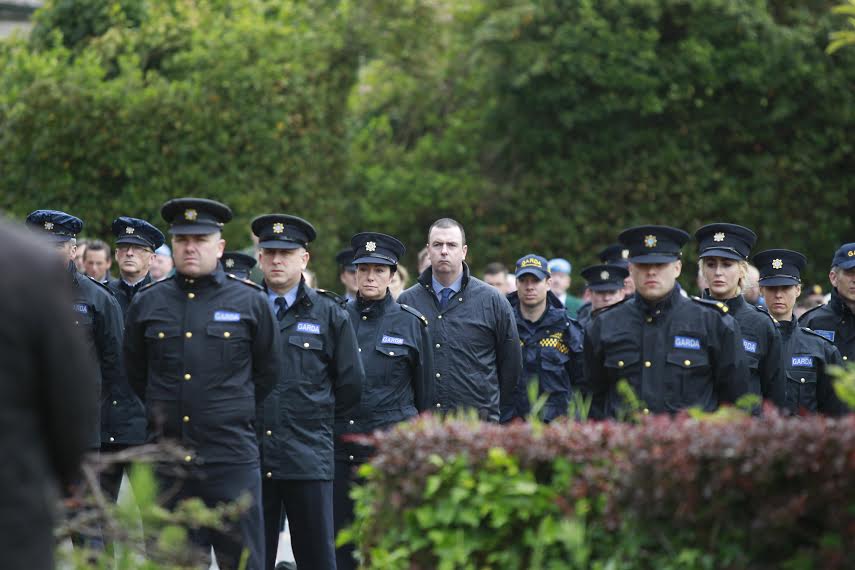 GARDAÍ were joined by other members of the blue light emergency services for a minute’s silence in memory of Detective Garda Colm Horkan today.

At noon, Gardaí and other emergency services gathered for a minute’s silence a each of the four district offices of An Garda Síochána in Donegal at Letterkenny, Buncrana, Milford and Ballyshannon.

At Letterkenny, the Bishop of Raphoe Alan McGuckian SJ joined with officers while many former members of the force also stood in solidarity with serving Gardaí.

Det Garda Horkan (49) was killed on Wednesday night when he was shot a number of times while responding to an incident in Castlerea, Co Roscommon.

Stephen Silver (43), of Aughaward, Foxford, Co Mayo, was remanded in custody on Friday night charged with his murder. 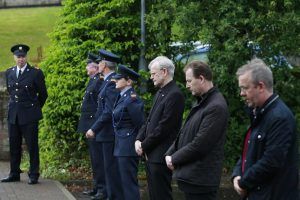 During the week local Garda Inspector Michael Harrison paid tribute when he said: “Members started their shift as normal last night and this is the last thing that you expect, that a member working will not come home.

“We in this Division are well ware of the misery this brings. It is a very, very sad day for An Garda Síochána.” 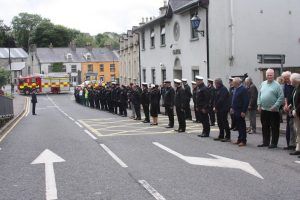 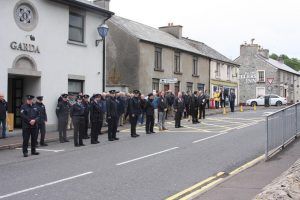 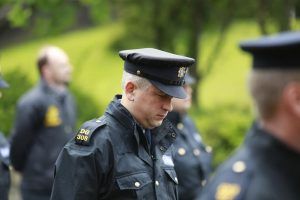 A moment of reflection at Letterkenny Garda Station. Picture by Brian McDaid