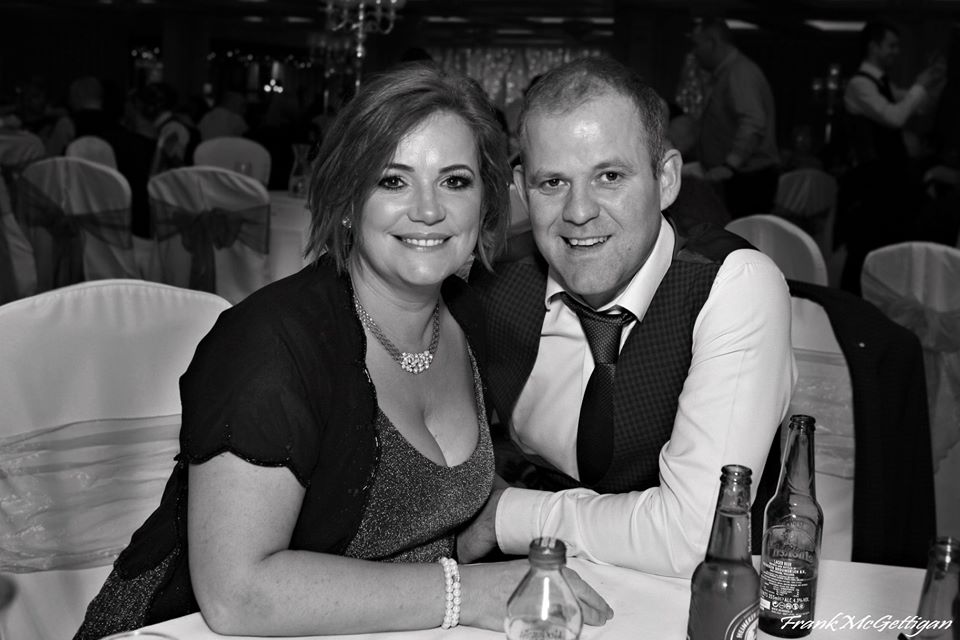 Bernie Kelly looks back on the life, laughs and legend of Manus on his first anniversary

THE LAST words are with her now and they won’t ever leave her.

She needs them to carry her through the dark days, the lonely times and those moments when his ‘big smiling head’ would be front and centre.

A year ago today, on June 23, 2019, Bernie Kelly’s world tumbled upside-down and inside-out when her husband, Manus Kelly, was tragically killed while competing in the 2019 Donegal International Rally.

The year has passed in a blur.

“I haven’t felt like I’ve been in the world for the whole year,” she says now, a year on from the darkest of dark days.

“I’m strong for the kids and I have to keep going. A few times haven’t been good and you think that you won’t come out of those days. 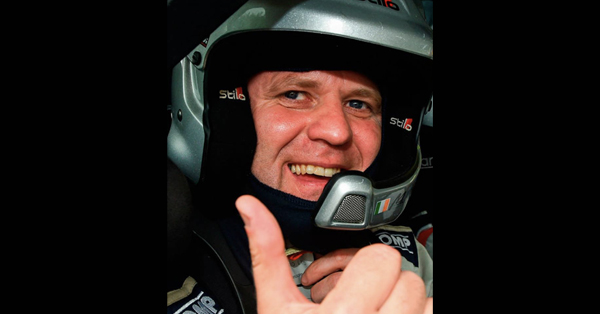 “When I have a bad day, it is a bad day. It’s not fair for the two babies especially to have to look at their Mammy like that. I have to get the energy back to face the world again.

“Everyone is always checking in. Sometimes, I do need to just ring someone and ask them to take the kids and everyone around me has just been great.

“Only for the kids, they get me up in the morning.”

Their five children – Annie, Mandy, Charlie, Conan and Bella – have a void that will never be filled now. Manus had nicknames for them all. Bernie was ‘Snoop’.

Bernie’s strong faith has been important. She, Mandy and Charlie went to Medjugorje to find some comfort. She says: “That really helped. I try to say the Rosary every single day. Some days I just can’t, but most of the time I do and I feel closer, calmer. 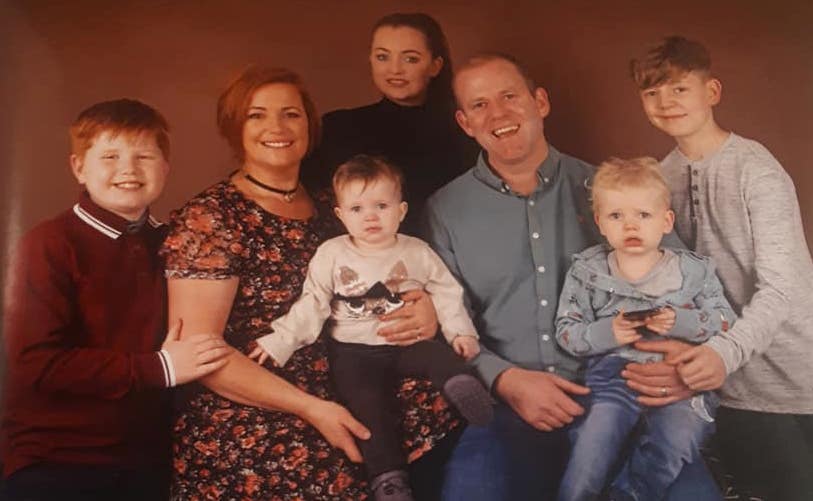 “I also went to Ards Friary for a retreat another time and it was great for me. It was two nights away, focussing on grieving. It was just me, myself and I.”

Bernie carries him with her.

Her friends Noleen Lynagh and Kathleen McDevitt presented her with a chain on which Manus’s face is etched. “People notice it so often. It’s really nice. I have my angel with me all the time.”

On Thursday they should bee celebrating their 16th wedding anniversary.

Bernie hails from Kerrykeel and Fanad has always been a part of them. Sixteen years ago, they posed for photos at Balladaheen House’s three-acre Japanese gardens in Portsalon on their wedding day. 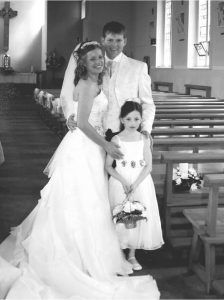 Manus and Bernie Kelly on their wedding day

The two had met in Unifi while they both worked in the factory, Manus on days and Bernie on nights. “He would come in at the last minute so we’d meet at the clocking in machine,” Bernie remembers.

“He was too shy to ask me out! At that time, I used to drive and old Opel Kadett of Daddy’s and it would always be cold in the morning so it wouldn’t start so many mornings. Manus and Seamus Doherty would always be there to push.

“Every day for so long, I’d hear Manus: ‘Do you need a push down that hill today?’”

Today at around noon, Bernie Kelly will plant a tree in John McConigley’s field at Baile na Brocar where, almost exactly a year previously, her husband drew his last breath.

A permanent memorial, including a marble plaque, a bench made by Bernie’s brother, Christopher McBride, and a steel car carved by Shane McGinley from Milford, marks the spot.

“As the tree will get higher, that will make me feel better,” Bernie says.

“Manus loved Fanad. It’s so amazing that he ended up exactly in a place like that, looking over water, which he loved.”

Shannah Lake bears a name eerily resembling that of Manus’s youngest sister, Shannagh. When the Hyundai i20 went off the tarmac on SS15, Fanad Head, the first impact was in the shrubbery in a field known locally as ‘Kelly’s Field’.

On Sunday, a group, including some musicians, gathered at the spot on what would have been the Sunday of the 2020 Donegal International Rally, had it not been for the Covid-19 pandemic.

“The house was packed for a while on Sunday after and I’m glad they all came in,” Bernie says.

“That lifted me. Yes, it was hard, but those people lifted me so much.

“Every time I put on the phone on Sunday, there he was; his big smiling head.

“I do take comfort from that.

“And I have so many lovely videos and photos of Manus playing and dancing around, just running about like an eejit.  His memory is being kept alive. A crowd of young fellas went for a drive down to Knockalla on Sunday and they wrote in the sand on the beach: Manus, King of the Hills #1”

June 23, 2019 was a typical manic rally morning in the Kelly house.

Manus Kelly and Donall Barrett – the three-in-a-row winners of the event – were gearing up for stage 15, the first of six special stages planned for that afternoon.

Time was getting short and Bernie glanced out the window to see Barrett’s jeep taking off.

“Don’t tell me that’s Manus away?”

He would close the door soon after uttering the now immortal words.