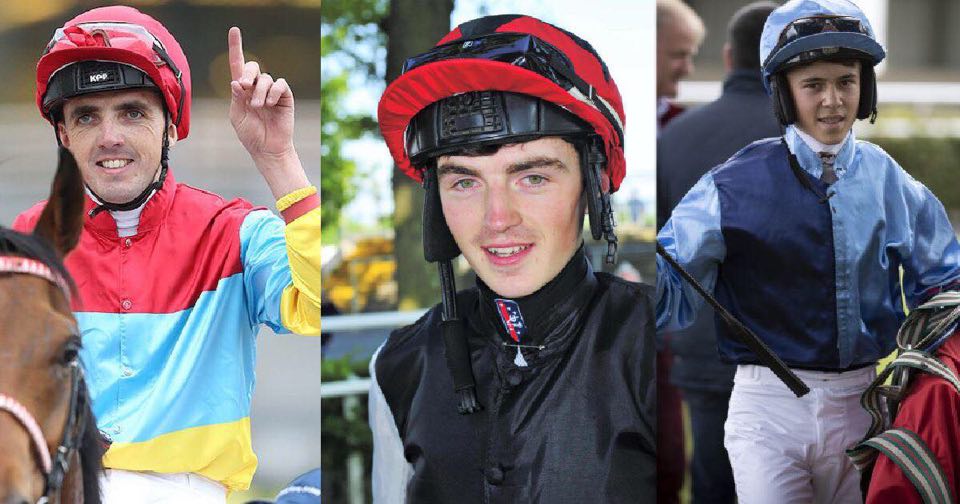 In what is certainly a rare occurrence there were wins on the same day for Martin Harley, Oisin Orr and Dylan Browne-McMonagle.

Harley was in the winners’ enclosure at Doncaster with Orr and Browne-McMonagle winning at The Curragh.

Harley guided the 13/2 shot, trained by Ed Vaughan, to a comfortable win. Inside the final furlong, Love Explodes put considerable distance in the race and had three lengths to nearest rival, Railport Dolly.

Orr – who was the joint champion apprentice jockey in 2019 – took victory on A Ma Chere, sent off at odds of 7/1, in the Phoenix Of Spain Irish EBF Fillies Maiden at The Curragh.

The Dermot Weld-trained two-year-old came good and pipped Palifico near the line.  Palifico led in the final 150 yards, but A Ma Chere prevailed.

Also at The Curragh this evening, Browne-McMonagle won the Extra.ie Apprentice Derby.

Browne-McMonagle took Joseph O’Brien’s Tonkinese (6/1) to victory by half-a-length for his second win of the season.

The Letterkenny man and Tonkinese saw off the Willie Mullins-trained Sayo.

Harley is booked for a number of races at Lingfield tomorrow, whole Orr and Browne-McMonagle are in action at The Curragh