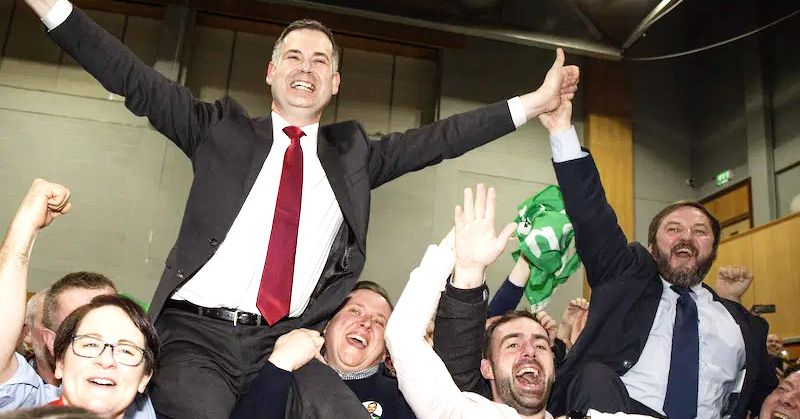 Donegal Sinn Féin TDs Pádraig Mac Lochlainn and Pearse Doherty have promised to work to hold the new government to account as the west and north west goes unrepresented in Cabinet.

New Taoiseach Micheal Martin has come under sharp criticism after no TDs from the west of the country were appointed to his Cabinet yesterday.

Deputy Pádraig Mac Lochlainn says the divide is a sad reality for the ‘forgotten county’ that is Donegal.

The Sinn Féin TD said: “The decision not to have a voice at the Cabinet table from Donegal and the entire province of Connacht, a huge sway of the West of Ireland, has caused much understandable anger.

“The sad reality in Donegal however is that all too often over the years, having a voice at the cabinet table made no big difference.

“The real issue for me is that Fine Gael and Fianna Fáil have never ensured that our people in Donegal had the same opportunities and access to public services as elsewhere. We have been the forgotten county when it comes to central governments down the years.”

Deputy Mac Lochlainn and his party colleague Pearse Doherty were elected on the first count on a ‘Sinn Féin Sunday’ in Donegal in the February 2020 elections. Now, the new coalition between Fianna Fail, Fine Gael and the Green Party is far from what many Donegal people voted for, Mac Lochlainn said.

“Despite over 35,000 people in Donegal giving their first preference vote to Sinn Féin in the February election (45% of Donegal voters), Fine Gael and Fianna Fáil have ignored that vote and formalised their failed political partnership of the last four years to now form a government,” Mac Lochlainn said.

Mac Lochlainn added that the new government formation will not slow his party down in their mission to lead a “Government for Change”.

He said: “They may have delayed the change that our people voted for but they can’t stop it. Myself and Pearse Doherty will now work harder than ever to hold them to account and build towards a Sinn Féin led government after the next election.”