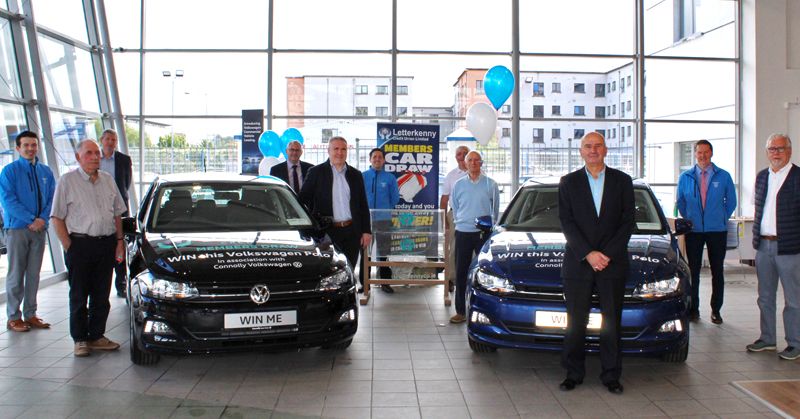 Michael & Joan Kelly from Ballyraine Letterkenny and Sarah Doherty from Lyons Court Letterkenny were drawn as the winners of the top prizes – with each winning a stunning new Volkswagen Polo Comfortline, worth €23,000.

Michael and Joan will be driving off in the blue model, while Sarah Doherty won the black version.

The excitement was high in the Connolly Volkswagen showroom Letterkenny this afternoon as all the winners of the first two cars and cash prizes of 2020 were announced. It was the first time that the draw has taken place outside the Credit Union building and the Connolly team were delighted to host the CU members in their large showroom which provided space for social distancing. Two more cars will be given away in the independent draw later in the year.

The cash prize winners are:

Winter is here – Donegal roads to...

Public urged to keep an eye out...

Retail, hairdressers and gyms to reopen as...