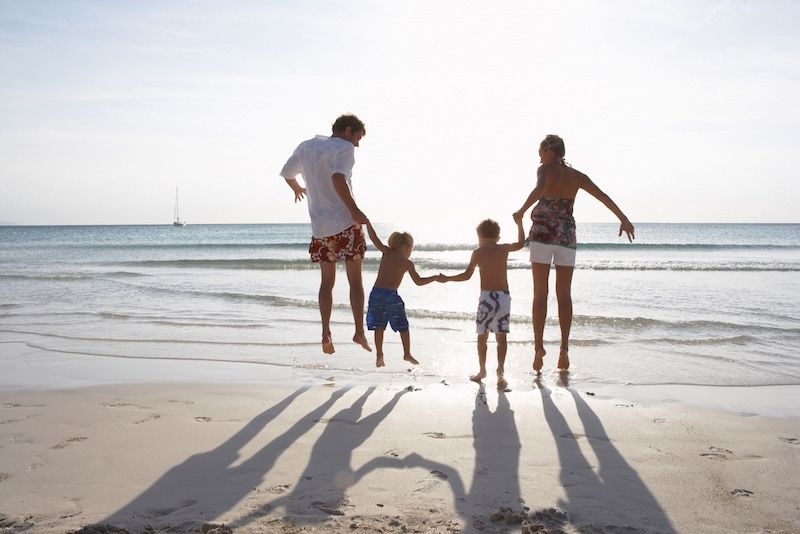 Should we stay or should we go now?

That’s the million dollar question as the confusion continues over whether it is safe for Irish people to go on holidays abroad.

The Chief Medical Officer, Tony Holohan, has said he is not in favour of holidaying abroad saying he would be very nervous about the idea.

Dr Jack Lambert, professor of medicine at the Mater Hospital, said he believes it is safe for Irish people to travel abroad.

His comments come as Ryanair resumes operating 40% of its schedule, as the airline attempts to get passengers moving around Europe again in higher numbers.

They will have more than 1,000 daily flights operating across its network, restoring services on 90% of its routes.

However, the development comes amid an intense debate in Ireland about whether people should or should not take summer holidays abroad, as fears rise that it could lead to additional cases of Covid-19 being imported into the country.

Speaking on RTÉ’s Morning Ireland, Dr Lambert said we need to come up with “practical solutions” and not just “broad strokes” such as banning all travel.

He said he would not recommend travelling to Florida at the moment because of the surge in cases there.

“Would I go to Iceland, Slovenia, Greece? Absolutely. I’d probably think it’s safer to go there than to a city centre in Ireland at this time, because Covid is still circulating in the community in small numbers,” he said.

Senior public health officials have been strongly urging those considering undertaking non-essential overseas travel not to do so.

The Department of Foreign Affairs is also advising against all non-essential overseas travel.

There is a legal requirement for passengers arriving into the country to fill in a form saying where they intend to self-isolate for two weeks remains in place.

But the Government has said it is considering whether to introduce so-called “air bridges” between Ireland and other countries where the incidence of Covid-19 is low.

The move would mean those arriving into Ireland from those countries would no longer be expected to self-isolate.

Ryanair has been pushing the Government to drop these quarantine procedures, describing them as useless.

The company said its schedule increase will allow thousands of Ryanair crew members in Ireland and across Europe, as well as airport support teams, to resume working after more than three months of inactivity.

Passengers and crew will have to wear face masks/coverings in the airport and on board aircraft though.

Ryanair previously warned that the Covid-19 crisis could force it to reduce its workforce by up to 3,000 and that it would take two years before capacity returned to normal levels.

CEO Eddie Wilson said people will not “lose their heads” just because they are going on holidays, and the notion that Covid-19 “just comes from somewhere else other than Ireland” is not the case.

Also speaking on Morning Ireland, Mr Wilson said he believes that people who travel will act responsibly, whether travelling abroad or in Ireland.

The airline is not returning to the skies simply for tourism, he said, but for jobs and business, and for people to visit family and friends.

“We’ve got to get the balance of public health and restoring business as normal”, he said. “And we’re following the European Centre for Disease Control rules on compliance and getting confidence back in travel.”

Every other European country is open, Mr Wilson said, and the UK is due to announce air corridors today.

“The only country that’s out of step is Ireland.”

He said that this means we are taking “huge risks” with potential job losses, and losing the summer season, because around 100,000 people here depend on tourism.

Holidays abroad still up in the air as experts differ over dangers was last modified: July 1st, 2020 by Staff Writer
FacebookTweetLinkedInPrint
Tags:
abroadbeachdonegalholidaysIrelandrtavelsafe