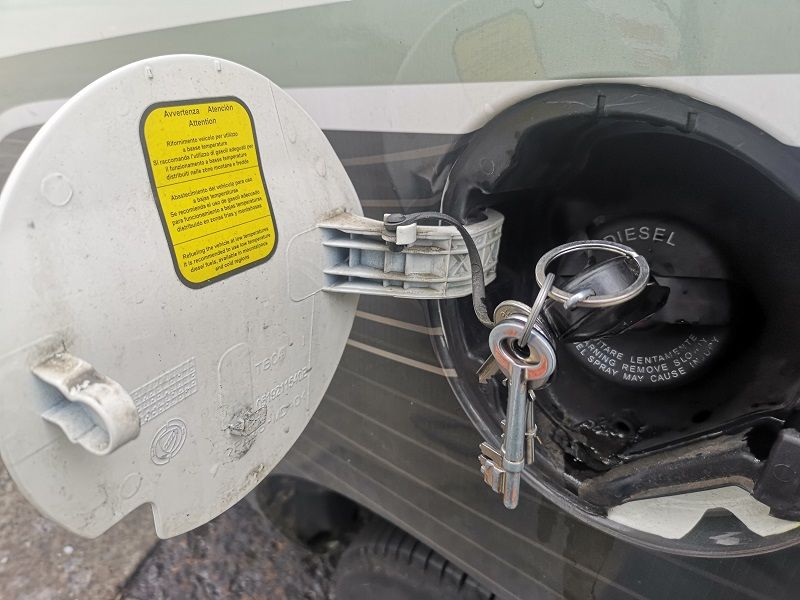 Motoring Columnist Brian McDaid recalls how getting back out on the road after lockdown led to a reunion with an old friend from the Rally:

I caught up with ‘The Marshal’ this week, it wasn’t a planned thing, we just ran into each other at the filling station.

We haven’t seen each other in ages which is the norm, but this gap was different.

He was filling fuel in a mask and gloves, I had to recheck his car reg to make sure it was him.

A roar across the forecourt ‘THE MARSHAL’ got his attention, he then joined me in the car park for a coffee, the two of us in two different cars chatting out the window to each other.

“This must be what Noah felt like”, he said, with a laugh, as he pulled up his mask onto his forehead to light up a cigarette.

“They all got on a boat when the waters started to rise and stayed till the flood went down. Sure we did the same, only it was our houses we stayed in, with our front door as our defence when the pandemic arrived and we weathered the storm until the curve was flattened.”

Marshal always had a different way of looking at things. I first met him years ago at a rally when both of us were marshals on the 1980 Donegal Rally. The next time I ran into him, a few years later, also at the rally, and couldn’t remember his first name. You were ‘The Marshal”, I said to him, since then we always greeted each other as ‘The Marshal” never letting me forget that I had forgotten his name.

Sipping our coffee from paper cups sitting there yapping away.

I know The Marshal has little or no interest in rallying anymore but never has lost his love of coming to Donegal. He had a variety of jobs on the road for different companies over the 40 odd years I have known him. Even when he was out of work he still would end up in Donegal and always have some excuse for the journey up here.

Great to get out on the road again and enjoys this beautiful county. Photo Brian McDaid.

So no more than myself who always was used out on the road, the thought went through my mind how did The Marshal manage in the long months of the lockdown.

What was his means of escape? When he couldn’t get into the car and head off when things were building up in his mind.

Then the thought crossed my mind of the early days when we went into complete lockdown and at the start you were tuning in to the telly every evening to see how many had died that day and how many new cases were discovered.

Then we went from that to making sure that you didn’t be anywhere near a telly at quarter to six in the evening, avoiding the news but still ending up thinking, how many people died today.

So I’m sitting there wondering did The Marshal or any of his family suffer the effects of the Pandemic but before I get a chance to ask he calls out his window: It’s hard on the hearing this auld Corona thing, isn’t it?”

He was reading me like a book knowing that I’m away on a different train of thought. It’s hard to know if he is winding you up or deflecting from the subject. Then out of the blue, he asked “Do you think I had the virus wearing this mask and gloves?”

I replied: “It doesn’t matter to me if you had it or hadn’t, we’re here today and that’s the main thing.”

Trying to reassure him in my reply to his question.

I wanted to tell The Marshal about my worry and fear of maybe losing friends like himself going through this lockdown on how bad I feared this pandemic was going to be, based on how successfully it was getting a grip in other countries before it started spreading here, and then how relieved I was that Ireland worked so well to keep it at bay. But I’m thinking if I express joy and he did have the virus or worse he lost someone through the virus.

So in the end up I do what any normal Irish man does in a situation like this, change the subject and asked him how was his old car going: “You’ll be due a change shortly! A typical man’s cop-out from expressing personal feelings.”

Saved by the Bell.

I would have loved another coffee sitting there enjoying the craic, then his phone started to ring through the hands-free kit on his car. He’s there punching away at buttons on the screen trying to get the speaker off, but he’s having no luck, cursing the thing and then wondering if the caller might hear his voice but he still can’t hear.

“I better take this,” he says.

That’s my signal to make myself scarce, rather than sit outside his car feeling something similar to waiting on someone to finish a call standing outside the old public phone boxes way back then.

I call over, “Hey sir I’m away here, we’ll catch up properly when this whole handling settles down a bit.”

The marshal waves out through a closed window as he conducts a bit of business with the high mic still blaring out the caller’s voice.

I salute across as I fire up the van and get back to the daily grind and very happy to be starting some sort of routine of normality. I never even got a chance to say, “It’s good to see you”. Normally saying just as a figure of speech but today, back out on the road again after the lockdown I now know it ‘really’ was good to see my old friend again.