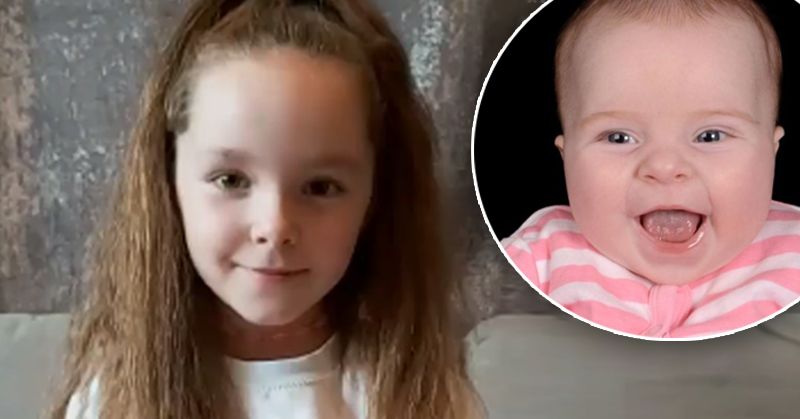 A kind-hearted Donegal girl has tapped into her creative talents to help raise vital funds for a special baby.

Seven-year-old Kaiya Dohc from Donegal was moved by the story of Livie (Olivia) Mulhern, a much-loved baby girl in need of life-saving treatment for a serious genetic neuromuscular condition.

Livie is the daughter of Donegal Town man Keith Mulhern and his fiance Karen Vickers from Dublin. Her story has captured the hearts of thousands nationwide, and schoolgirl Kaiya is one of the many thoughtful people who are taking action to help.

Kaiya has decided to play her part in the fundraiser by starting her own campaign called Loom Bands For Livie. She will make and sell necklaces and bracelets and all proceeds will go towards Baby Livie’s treatment fund.

The jewellery can be bought through the Facebook page, while Kaiya also hopes to get local shops in the Donegal area to stock them.

While there is fundraising going on across the country, Kaiya wants to call on all the children of Ireland to get involved as well.

Her fundraising page encourages children of all ages to start making loom bands and sell them to raise money for Livie. Otherwise, people can order bands from Kaiya herself via the Facebook page: Loom Bands for Livie

All proceeds will be contributed to the “A Better Life for Livie” campaign.

Livie’s parents are hoping to raise approximately US$2,100,000 to fund a once-off gene therapy called Zolgensma, which is only available in the US.

Keith and Karen are against the clock, but their campaign received a major boost this week when €1million was donated by the family of Dan Donoher, a Meath baby with a rare genetic condition. Little Dan’s parents received the devastating news that he can’t be given the drug that would treat his Spinal Muscular Atrophy, and they have donated the funds to help other children.