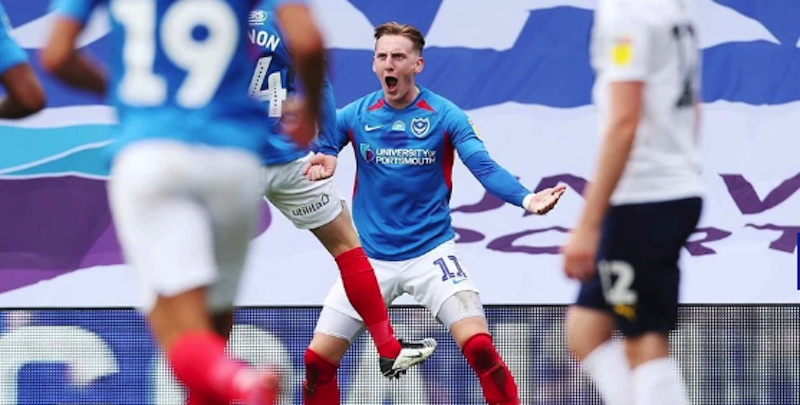 RONAN Curtis cut a frustrated figure last night as Portsmouth were left to settle for a draw in their League One play-off semi-final first leg.

Curtis’ 14th goal of the season had Portsmouth ahead against Oxford United at Fratton Park, but Marcus Browne levelled for Oxford before half-time.

Curtis was denied a late penalty when he went down under Daniel Agyei’s challenge.

“We had three or four penalty shouts and with the one at the end the defender clipped my heels, so it is either a yellow card to me for diving or a penalty,” the St Johnston man said.

“We battered them the whole game and deserved more out of it but the referee and the linesmen did not help us.

“We have waited three months for this game and were unlucky. We wanted to get the win but it was a shambles.”

Curtis had been in superb form pre-lockdown and he picked up with a well-taken opener last night.

He said: “We’ve all been training really hard over the past three months for these matches and had the mindset to win.

“I’m confident around the goal – it never moves! I’m always looking to take my chances and was pleased to see it go in.”

The second leg takes place at the Kassam Stadium on Monday.