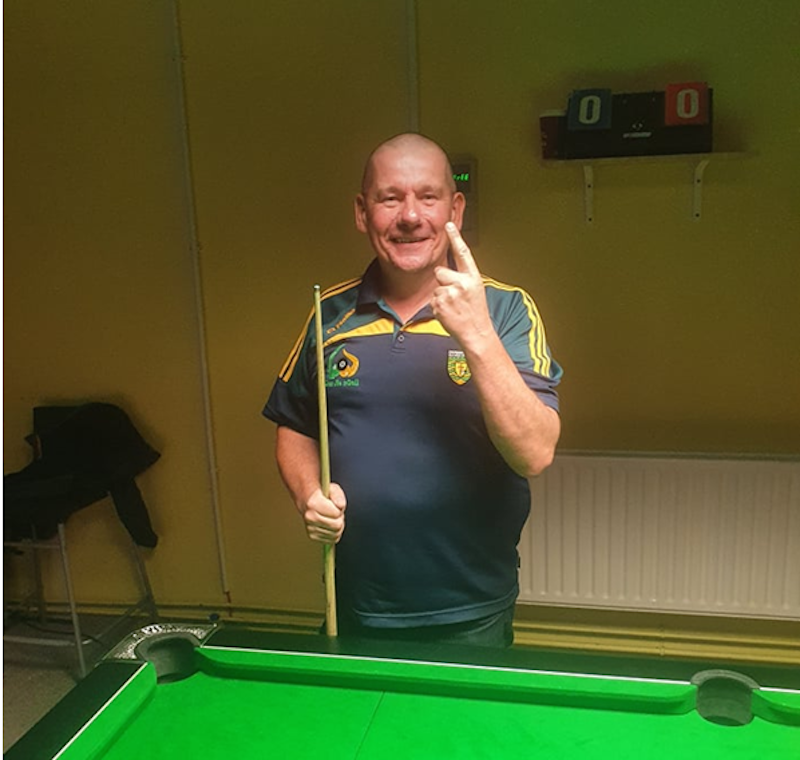 THE Donegal Pool Association have had an eventful week since re-opening their new premises at CYMS, Letterkenny.

Monday night’s re-opening saw a great turnout for the inaugural competition for CYMS Pool and it was Lifford’s Darryl Doherty who took the honours, defeating Dungloe’s Lee Murrin in the final.

Picture: Winner of the inaugural competition in CYMS, Darryl Doherty.

The B-League, which was disrupted by the lockdown measures, finally got a chance to run to completion, and the final was an all-Letterkenny affair between Anthony Anderson and Michael O’Hara.

Anthony, who was runner-up in the county championships a couple of years ago and is a member of the current county team champions, was strongly fancied to prevail.

Michael has only returned to the game this year after a long hiatus but has the distinction of being the only player currently competing who has an All-Ireland winner’s medal in his possession – he was a key member of the victorious Donegal Under-18 team way back in 1999.

And, on the night, Michael’s swashbuckling, attacking style proved too strong for Anthony, and he prevailed on a scoreline of 8 frames to 3. Michael now progresses to the county A league next season, a prospect that the fast-improving player will surely take in his stride.

More details on competitions and memberships can be found at https://www.facebook.com/cymspool/