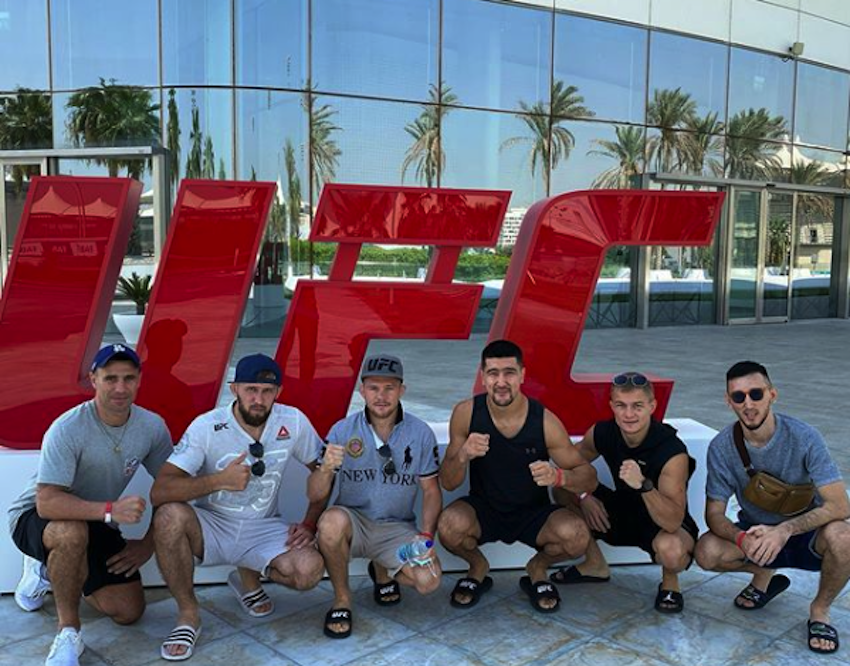 WHEN John Hutchinson retired from professional boxing in 2018, he had his mind turned to coaching.

Hutchinson hung the gloves up with a 12-2-3 (4KOs) record and has become a successful coach – in a different discipline.

This Saturday, the ‘Buncrana Banger’ will be in the corner for Russian star Petr Yan at UFC 251 on ‘Fight Island’ in Abu Dhabi. Yan faces Conor McGregor’s former rival José Aldo, a three-time UFC featherweight champion.

Yan (14-1) takes on Aldo (28-6) for the bantamweight title with Hutchinson among the crew who has flown from the Archangel Michael Team base in Thailand.

“It’s all about timing in life. Aldo has been the king for years, but now it’s time for a new king.

“This will be a really hard fight for Petr, but styles make fights and this weekend you’ll see two of the best UFC stand-up strikers meet. It’s by far the toughest test for Petr, but it’s a fight where he can really shine and no doubt become the UFC champion of the world.” 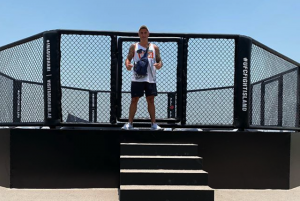 Hutchinson began working in Yan’s team ahead of his win over Teruto Ishihara in Singapore two years ago. Yan has won each of his last six fights.

“I started working on his boxing for his first UFC fight,” Hutchinson said. “Now I have built up to his full-on head coach for the last few fights.

“For the first fight, he hurt his foot two weeks before the fight and the plan was just to box and not use the kick-work. That worked a treat and, after that fight, we have worked camp-after-camp.”

Hutchinson first moved ti Thailand in 2011 and is now the full time boxing and striking coach in Tigermuaythai, Phuket.

The Donegal man has ended a 48-hour quarantine after arriving on ‘Fight Island’ – a 25-square-kilometre island and a popular tourist destination. 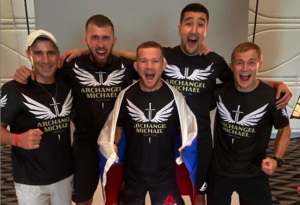 Members of the public are not permitted to attend the fights and all of those in the ‘safe zone’ are tested for Covid-19 several times.

They do not have in-and-out privileges and meals are pre-ordered and delivered to rooms. This is the first of four cards this month on Fight Island with other events on July 15, July 18 and July 25, with the July 18 show featuring Burtonport’s Joseph Duffy.

“We left Phuket on Saturday morning early,” Hutchinson said. “We had to have multiple tests, two before leaving Bangkok and another two when we arrived. We had to do a 48-hour quarantine in the room. The UFC have gone to the next level. We’re in Formula One suites looking over the Yas circuit and we’re in a safe zone. No-one gets in without a wrist band which shows you’re passed the quarantine and test.”

Hutchinson fought for the BUI Celtic middleweight title in 2013, drawing with Gerard Healy.

The Donegal man beat Sivan Hermez for the WBF Australasian super-middleweight title in February 2018. A month later, he drew with Craig Parke in Sydney in what proved to be his last appearance as a boxer in the ring.

“The principles are the same in MMA as they are in boxing,” he said. “The transition is a lot different as you have to think on kicks, take-downs, elbows coming. Your hands just aren’t enough so working the defence is very important.

“Boxing is something I’ve always watched and I still do. I study MMA a lot and all martial arts. Our cam has got wrestling, K1 kickboxing Muay Thai and BJJ so all the coaches bounce off each other.”