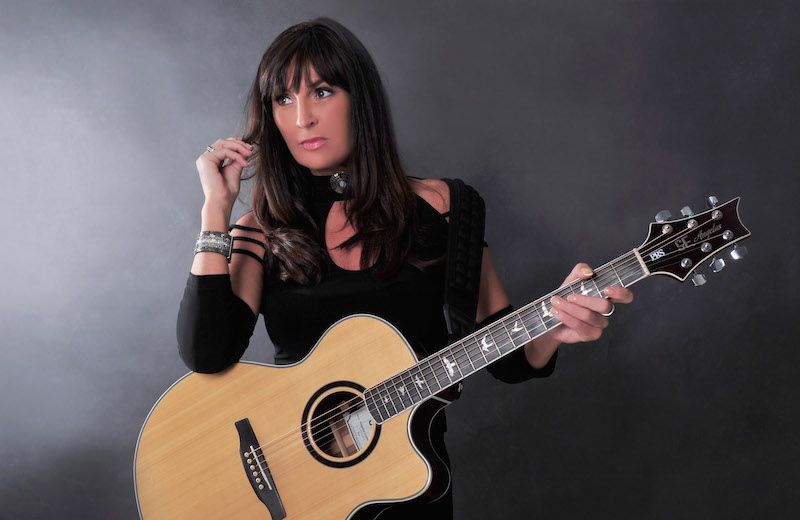 Soulful singer Jacqui Sharkey has released the second single from her E.P. Home, hot on the heels of the title track of the same name released last month.

A solicitor by trade, Jacqui is also an acclaimed singer songwriter.

Her new record is a beautiful arrangement and performance of the Dutch brothers, Cornelis and Thomas Tol’s song Just An Illusion – specially chosen by Jacqui as the words resonated so much with her.

“Of the covers I have chosen to record on my new EP and album, I was really drawn most to this song as soon as I heard it,” she explained.  “I am all about lyrics, and for me, ‘Just An Illusion’ sums it all up, really.

“The Music Industry is a very hard and crazy business, and one which I will never understand. It can be cruel at times for musicians in different ways, but, regardless of the pitfalls, there is nothing like that feeling when you are creating or performing music. Then all the hard stuff almost fades into oblivion.”

Jacqui’s E.P. entitled Home is due for release on July 31st, 2020, and includes Until Then, one of Jacqui’s own original songs.  Jacqui recently shared a live performance of the track for Social Media, recorded from her home in Bunbeg in West Donegal, along with her friend, Musician and Music Director, Ray McLoughlin, who accompanied Jacqui on the recording on piano from his home in County Westmeath.

The Donegal based singer/ songwriter, known for her soulful, deep tones, has three albums under her belt, and since her smash hit cover of The Waterboys’ Whole of the Moon, she has been taking time to reflect on her journey so far, as well as writing and recording tracks for a forthcoming album.

Jacqui hadn’t anticipated she would have so much time, given the current situation.

“At the moment, in these crazy times, the industry hangs in the balance, with gigs postponed and everything up in the air,” she said. As to what will happen next? Who knows? I didn’t see this coming!  I don’t know what’s next other than to watch that space.

“I can’t go for long without writing, recording and performing. Music is truly my sanity and my peace, and I can’t imagine life without it. Music creates feelings and feelings create music. I am blessed to be able to do it, and I am looking forward to sharing Just An Illusion and quite a few new songs in 2020.”