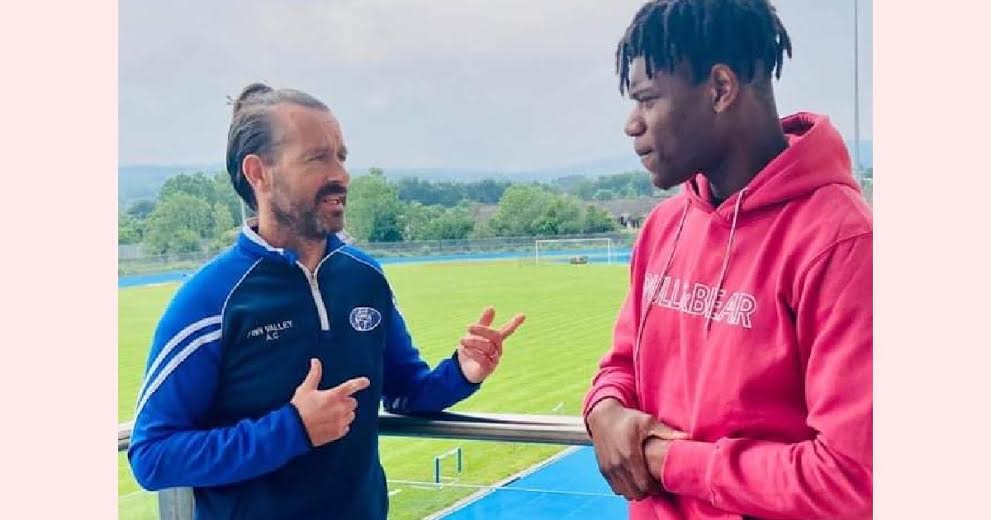 FINN Harps striker Benny Igiehon has been busy working on his fitness during lockdown and now the Englishman has launched a new podcast series.

Igiehon signed for Harps just before the Covid-19 shutdown and spent the last four months in Ballybofey.

In a new podcast, Igiehon interviewed Niall McGonagle, the manager of the Finn Valley Centre in Stranorlar.

The Finn Valley Centre housed some frontline HSE workers during the lockdown.

“They had frontline staff working in a local hospital coming in from other areas,” McGonagle explained on the ‘Above Covid’ podcast.

“They needed somewhere to house them. They were working in a Covid ward and couldn’t go home to their families. it was nice to be able to help.”

McGonagle’s wife, Rachel, gave birth to their second child, Ferdia in recent times and as the centre has reopened the Finn Valley team are in the process of undertaking a €70,000 upgrade to the track.

Igiehon was added to the Harps squad in late February. While his signing wasn’t officially unveiled by the club, Igiehon – who played for Sligo Rovers in 2017 – made his first Harps appearance in a 2-1 defeat to Cockhill Celtic in the Ulster Senior League.