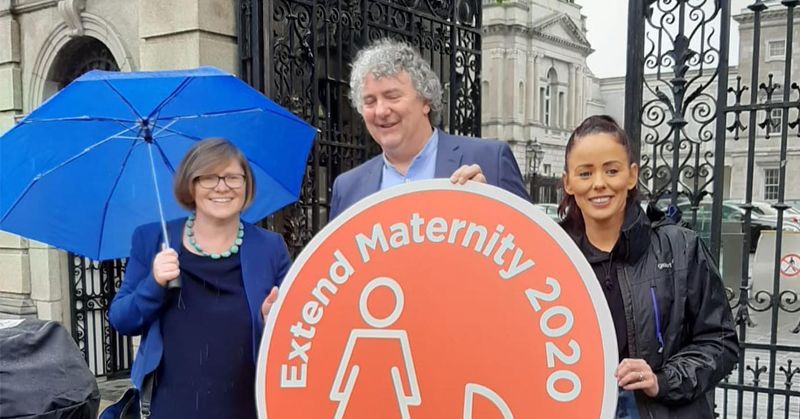 New mothers call for a one-off extension to maternity leave

New mothers in Ireland are campaigning for emergency legislation to extend maternity leave by three months due to the pandemic.

The matter was raised in the Dáil on Tuesday after mothers launched a campaign and petition to call for extra time to access vital supports and health services.

Urgency surrounds the #ExtendMaternityLeave2020 campaign as many women are returning to work in the coming weeks.

“We are already hearing from women being forced to resign from their jobs due to the lack of childcare available for this age group,” said campaigner Paula Solan, whose baby Quinn is now five-months-old.

Together, campaigners collected 28,000 signatures for a petition calling on the Government to extend maternity leave and pay for a once off 12 weeks period during the crisis.

An Taoiseach Micheal Martin said the matter is being examined. The extension of leave would cost an estimated €78 million and it would affect about 24,500 women.

The Covid-19 lockdown prevented many mothers from availing of family and professional support in their babies’ first months, according to Orla O’Connor, Director of the National Women’s Council of Ireland.

“Babies have missed developmental checks, vital scans, hospital appointments and even vaccinations have been cancelled or delayed. In addition, mothers could not access the many support groups that provide critical support when becoming a new mum,” Ms O’Connor said.

Orla O’Connor, Director of NWCI added, “This is a real opportunity for our new Government to show their commitment to women’s equality and to extend maternity leave and pay for women who gave birth during Covid by three months.

“In many cases, women gave birth without a partner or loved one present, and faced into motherhood without family or professional support.

“It is crucial that maternity leave and pay is extended for these women so that they can catch up on missed developmental checks and hospital appointments.”