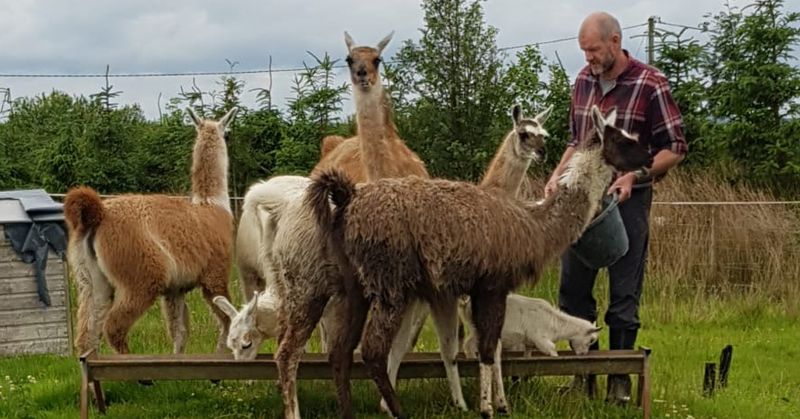 The llama drama is all over in Kilmacrennan this evening as four missing llamas have been found safe and well.

An extensive search was launched for the unusual animals, but it has now come to a positive end after all four were found in a field four miles away from home.

Owner Mark Byrne of Byrnes Mobile Zoo is delighted to have them returned home safely after their long journey. The four llamas are part of a herd of guanaco llamas, which are very rare locally.

The llama herd is reunited in Kilmacrennan

Sun on the way as rain warning...