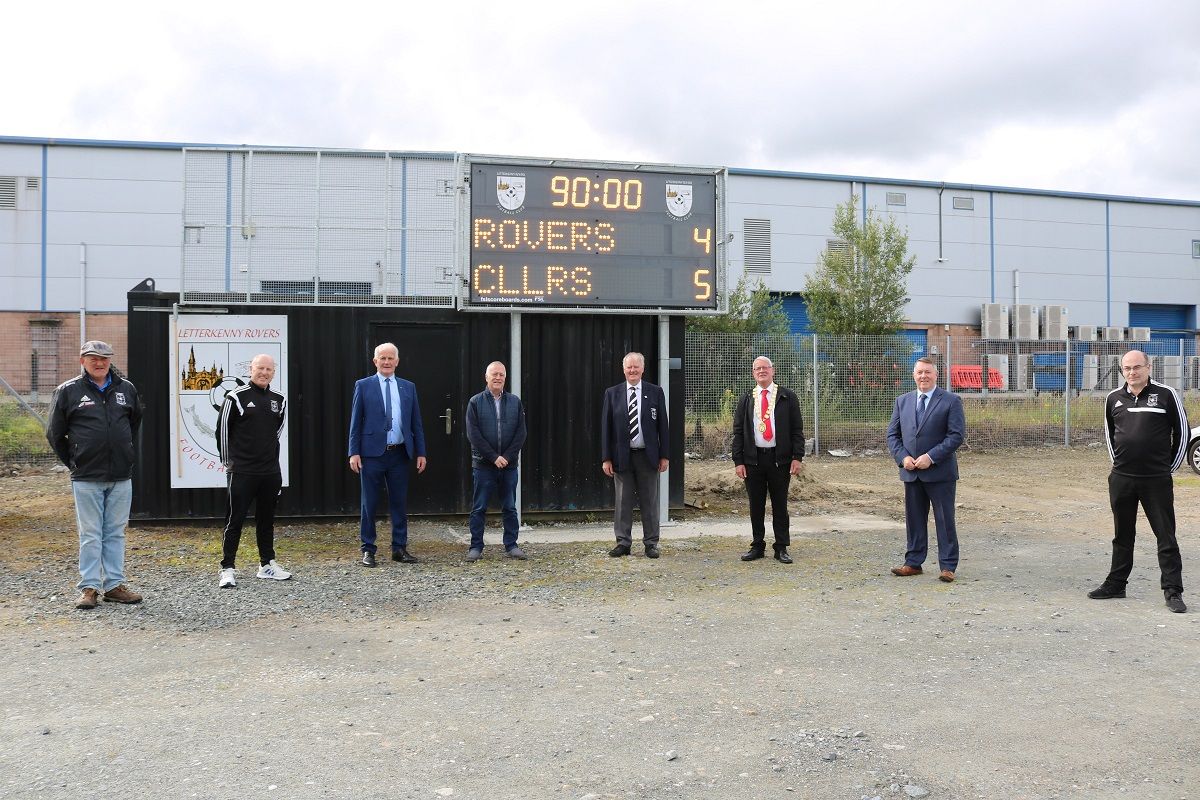 Cathaoirleach of the Letterkenny-Milford Municipal District Donal Coyle says it was his first official engagement since his election to the office in June of this year.

“The scoreboard was funded in part by the Donegal County Council Development Fund Initiative and we thank the councillors who supported the project,” a spokesperson says.

“With a return to football not far away now, it won’t be long before the scoreboard is in operation!”

St Johnston and Letterkenny lose out in...