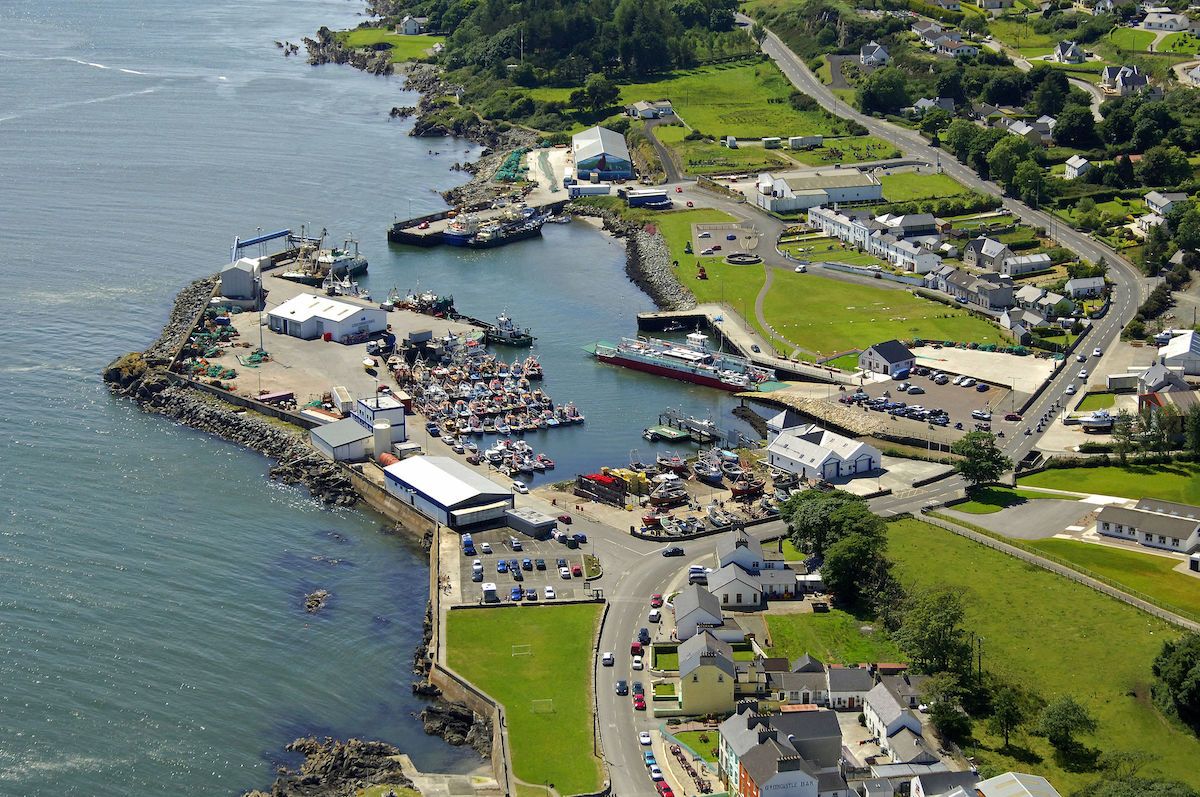 ‘This really is a scandal’: €10m invested in unfinished work for Greencastle Harbour

Donegal TD Pádraig Mac Lochlainn has called on the new government to ensure that over €10 million of public money “has not been wasted” on the Greencastle breakwater project.

Deputy Mac Lochlainn has received confirmation that the Department of the Marine provided almost €9 million in funding from 2006 to 2011 for this project “only to abandon it half-finished.”

This sum, combined with co-funding from Donegal County Council and the Department of Community, Rural and Gaeltacht Affairs brings the total amount of public money invested into this unfinished project to “well over €10 million.”

Deputy Mac Lochlainn submitted a parliamentary question to the outgoing Minister for Agriculture, Food and the Marine seeking clarification over the amount invested in the project to date, the reason the project was stalled, and when the large investment to date will be justified by the completion of the breakwater.

In response, the Department states that Greencastle Harbour is owned by Donegal County Council and responsibility for its maintenance and development rests with that Local Authority in the first instance and its parent Department, the Department of Housing, Planning and Local Government thereafter.

The Department does, however, operate and maintain six designated State-owned Fishery Harbour Centres, located at Castletownbere, Dingle, Dunmore East, Howth, Killybegs and Ros An Mhíl under statute. They also have responsibility for the upkeep and maintenance of North Harbour at Cape Clear, as well as the maintenance of a small number of specific piers, lights and beacons throughout Ireland.

Deputy Mac Lochlainn says: “This really is a scandal. The Department of the Marine has washed their hands of responsibility for this project for almost a decade now. The facts are that they managed this project and provided almost €9 million of funding towards it, only to walk away at the time of the financial crisis.

“We cannot allow over €10 million of public money to be wasted!

“The constant excuse from various government Ministers for the Marine and their Department since is that Greencastle Harbour is the ‘responsibility of Donegal County Council’. This is deeply disingenuous as they know very well that no local authority across Ireland can fund these major projects on their own. We have seen the utter neglect of Greencastle Harbour over the last decade while tens of millions of euro of public money has been invested in Killybegs Harbour. We need equality of opportunity for all along our coast.

“This new Government must finally provide the necessary funding to complete this project and to back the investment vision of the Greencastle Harbour Users Group that will seriously enhance the potential of Greencastle Harbour to create additional wealth and jobs in the fishing and tourism sector for North Inishowen and indeed benefit the entire region.

“I am calling on the new Minister for the Marine, Barry Cowen and our two government TDs to sort this out, once and for all”.