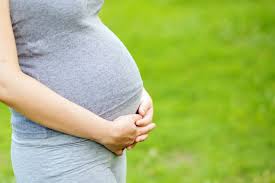 Deputy Pádraig Mac Lochlainn has called for the extension of paid maternity leave by an additional 12 weeks for women who had their babies during the pandemic and whose maternity leave is due to expire.

Deputy Mac Lochlainn has called on all TDs in the county to support mothers and their families and vote in favour of the Sinn Féin motion being debated in the Dáil tonight.

He said “I am calling on all TDs here in Donegal to support the Sinn Féin motion for paid maternity leave to be extended from six to nine months for mothers whose maternity benefit claim expires during the pandemic.

“This extension is necessary because of the exceptional circumstances of the pandemic and the difficulties faced by new mothers in securing childcare.

“Right now new mothers need the support of TDs and the Government. Many are struggling to find suitable childcare for young babies and are deeply anxious about being forced to return to work without appropriate arrangements in place.

“Sinn Féin President Mary Lou McDonald raised this issue in the Dáil last week, yet the Government still hasn’t acted and time is running out.

“This is about fairness for families. I am calling on all TDs here in Donegal to do the right thing and support this motion.”