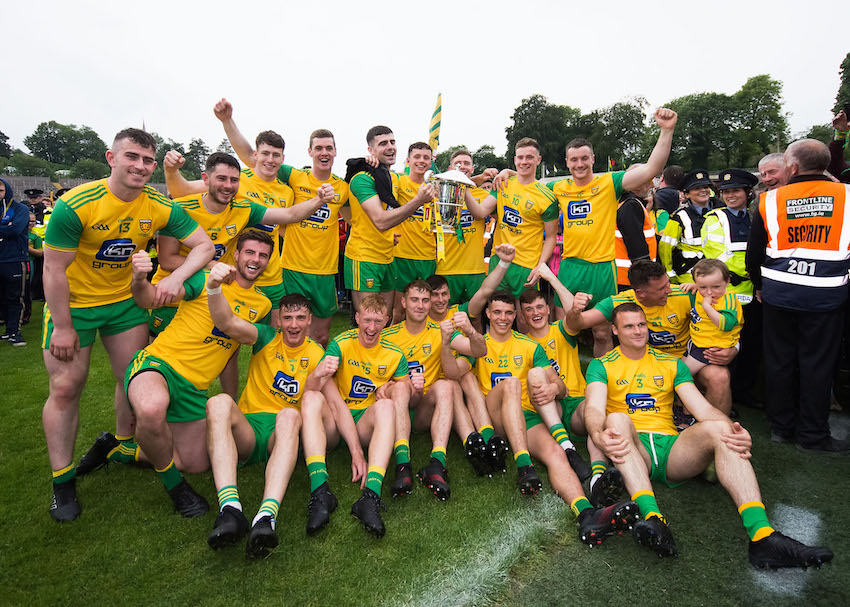 Donegal squad get on their bikes for little Livie’s cause

THE Donegal senior football players, management and backroomteam embark on a unique charity cycle this Sunday.

The squad will leave nine different locations on Sunday morning with all groups arriving to Sean Mac Cumhaill Park at around 4.30pm. All 39 football clubs in Donegal will be visited by various groups during the course of the day – and it’s all in the name of raising money for Olivia ‘Levie’ Mulhern.

The ‘Better Life for Livie’ campaign aims to raise over $2million for potentially life-saving treatment for 10-month-old Livie, who is suffering from Spinal Muscular Atrophy.

‘Livie’ is the cherished daughter of Donegal Town man Keith Mulhern and his fiance Karen Vickers from Dublin.

In recent months, the community of Donegal has rallied around her family to help raise the vital funds as soon as possible.

“Livie was in the headlines and when I heard her dad give an interview, it triggered something,” said Donegal manager Declan Bonner.

“It felt like a cause that we could really get behind and we’re looking forward to the event. €2million has to be raised.”

A GoFundMe page has been set up, TeamDonegal4TeamLivie and you can donate here – https://www.gofundme.com/f/teamdonegal4teamlivie

At the various stop-offs, there will be bucket collections and pictures will be taken at each club.

Members and supporters are asked to adhere to physical distancing guidelines at all times.

A list of the various groups and their timetable can be found here – https://donegalgaa.ie/wp-content/uploads/2020/07/Donegal-Charity-Cycle-2020-Times-and-Players-Arriving-at-Donegal-Clubs.pdf

Bonner said: “When lockdown started, we were in the hope of getting to action sooner rather than later. We felt at one stage as if there’d be no football in 2020, but we got an opportunity to come together as a group to do something.

“It has given us a chance to get together as a group to do something in the community of Donegal and also it gets our clubs, all 39 of them, involved.

“We want to give it a really big push. There is a really strong connection with our supporters and this also gives us a chance to show appreciation to those people.

“Sometimes with the greatest will in the world, you’re just in a really intense bubble that’s only focussed on the next session or the next game. This coincided with a time where we could actually do something.”

Bonner is a keen cyclist himself, but says the quality of machinery in use could prove an interesting aspect as his men attempt some of Donegal’s toughest ascents.

He said: “Some boys will be on the equivalent of a Ferrari and others on Morris Minors!

“We’re looking forward to meeting up for this. It’s a huge undertaking, but we want to put a huge dent in the targeted figure.”

Donegal squad get on their bikes for little Livie’s cause was last modified: July 16th, 2020 by Chris McNulty