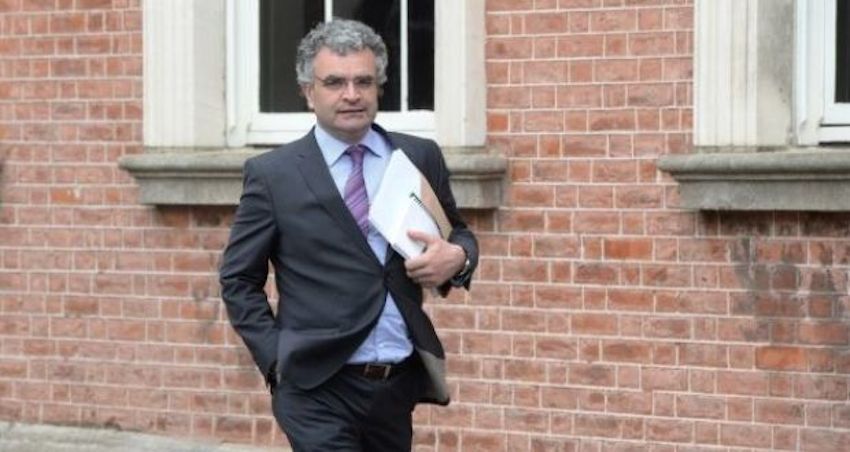 No promotion for McConalogue as Calleary named Minister for Agriculture

DARA Calleary has been named as the new Minister for Agriculture, Food and the Marine, the Taoiseach Micheál Martin has confirmed.

Calleary’s appointment comes after the sacking of Barry Cowen from the position last night.

Donegal-based TD Charlie McConalogue had been mooted by some within Fianna Fáil as a possible successor. However, the Gleneely man – who is a former party spokesperson on agriculture – will remain as Minister of State in the Department of Justice and Equality.

Calleary had been the Chief Whip and Junior Minister for the Gaelacht, a portfolio that will now be taken on by Jack Chambers.

“It is crucial for our country to have a strong, progressive, sustainable and resilient agri-food sector. It is one of the most important indigenous sectors, providing well over 170,000 jobs and accounting for 10% of Irish exports,” Martin said.

Cowen was sacked from the role last night amid a drink-driving controversy.

Cowen was sacked from Cabinet after refusing to publicly answer outstanding questions about his drink-driving ban four years ago.

Cowen showed Mr Martin the Pulse entry on Tuesday morning, hours before he was asked to resign and was then sacked by the Taoiseach after refusing to step down.