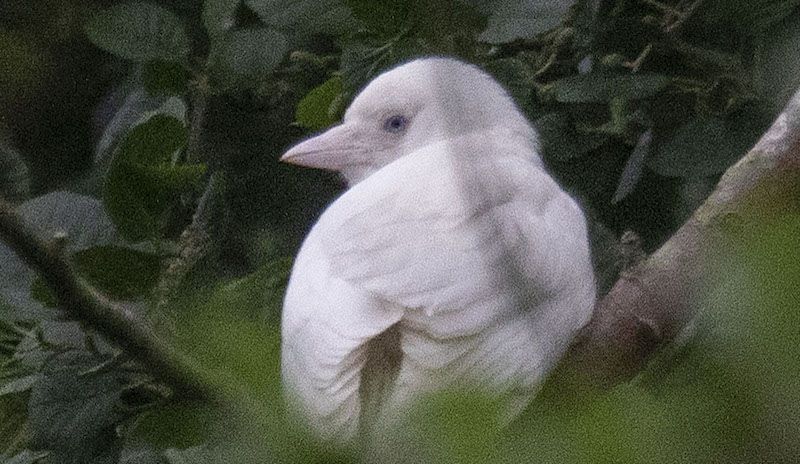 A rare fully-white crow is turning heads in Co Donegal.

The jackdaw has turned up in the Carrigans area in recent days.

Niall Hatch of Birdwatch Ireland said he has never seen a fully-white crow and said the find is “very, very rare.”

He said “I have heard reports about them but never actually seen one. This is a fabulous bird, a very striking bird.”

Mr Hatch said that unlike other white birds which are albino, this particular jackdaw is a leucistic bird which means it has some pigment.

Jackdaws are members of the crow family and are mostly found in Europe but can also be found in North Africa and parts of Asia.

They can live for between seven and ten years.

However, Mr Hatch warned that this particular bird faces many dangers if he is to live for that time.

He added “Because it is pure white it will stand out more to the likes of foxes and hawks which could prey on it.

“However, because it is not an albino then it will tend to be a stronger bird and that may give it a good chance.

“But it’s a stunning bird and very rare. I’m just delighted that I got a chance to see it.”