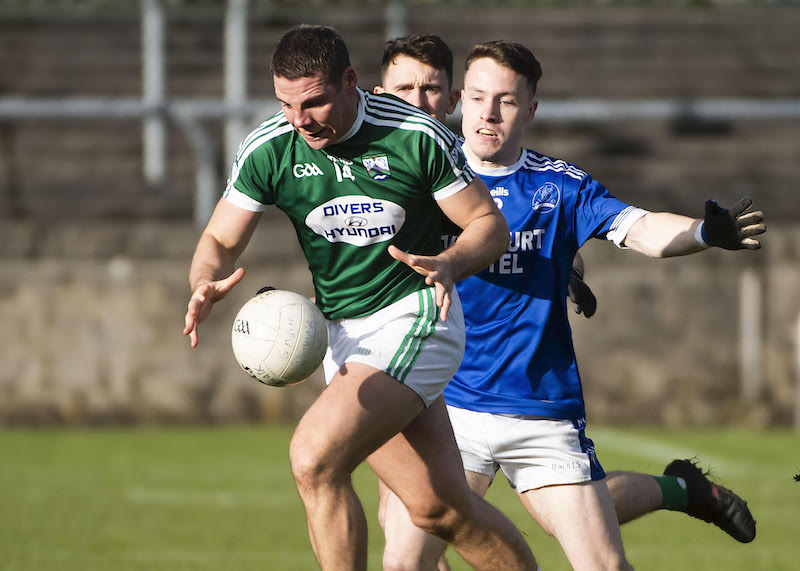 TWO early goals set Gaoth Dobhair on their way to a comfortable home win over neighbours Cloughaneely as the All-County League belatedly got underway amid the CoVid-19 pandemic.

Eamon Collum, on 90 seconds, opened the scoring when he shot past Shaun McCafferty for goal and then in the seventh minute, Kevin Cassidy added a second for the home side at Magheragallon having marked inside.

Cassidy was making a nuisance of himself inside and with the likes of Daire O Baoill in particular finding the former Donegal skipper ready and available. Odhran MacNiallais scored four first half points – three from frees – as former Naomh Colmcille clubman Michael Lynch, Donegal’s substitute goalkeeper, was also on the scoresheet from his midfield berth.

McCafferty in the visitors’ goal did provide good kick-outs but his teammates couldn’t use it as a foundation.

However, the understrength Falcarragh-based outfit did score three successive points at the end of the half, through McCafferty and Martin Maguire with his second point. Gaoth Dobhair were 2-8 to 0-5 in front having played against the wind.

Mervyn O’Donnell’s side were in complete control throughout and added two more goals in the second half. Firstly, Naoise O Baoill popped home a third on 45 minutes before the impressive Ethan Harkin held his feet when he might’ve gone down to smash home a fourth.

Cloughaneely had McCafferty to thank for saving from Harkin in injury time with his face.