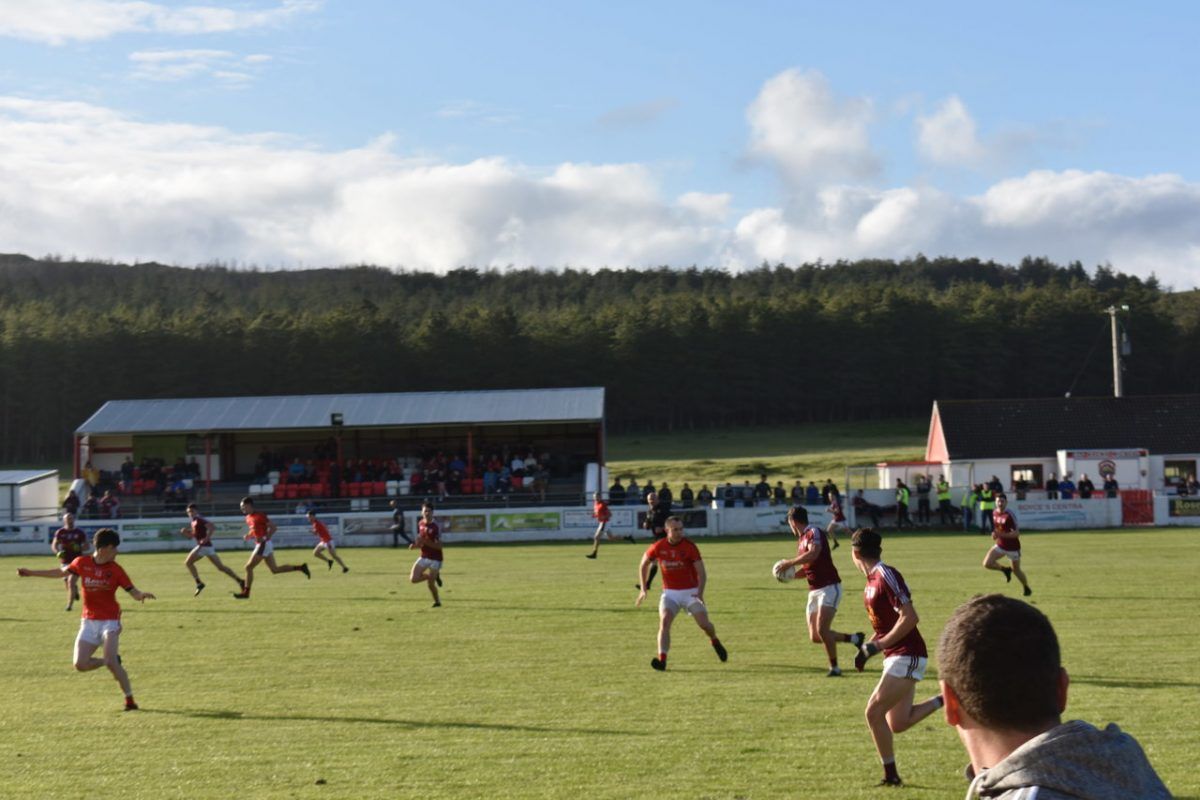 St. Michael’s hosted Termon in a North West Derby at The Bridge on Friday night last to get their respective seasons underway, writes Moses Alcorn.

This was the first game in the new Regional League amid the Covid-19 restrictions with Social distancing the norm among the limited number of supporters and drink breaks the norm mid-way through both halves.  This was an entertaining north west derby which was well handled by referee Enda McFeeley.

It was the Bridge Boys who came away with the bragging rights over a Termon side which included some of last years victorious Minor Team who got their first taste of senior action.  Two second half goals from Colin McFadden were decisive for the home side whilst Carlos O’Reilly scored a first half goal. There was even an appearance from the evergreen Brian McLaughlin near the end.

The home side opened the scoring in the first half with a point from Michael Langan who added two more points before half time.  St. Michael’s other scorers in the opening half were Colm McFadden with two and two from Colin McFadden and Edward O’Reilly.

Carlos O’Reilly scored a fine goal to send the home side into the driving seat but Termon replied with 3 points from the boot of Enda McCormick before Anthony Gallagher got on the end of a great move to score a well worked goal to make the half time score St. Michael’s 1-7 Termon 1-3.

Less than a minute into the second Half Colin McFadden scored a goal for the hosts to put them into control and Colin added another goal to put the game beyond the reach of the Burn Road Men who will rue a number of wides and also a fine save from the St. Michaels keeper Oisin Cannon which denied them a goal which could have got them back into contention.

Termon’s three second half scores came from the boot of Enda McCormick whilst Colm McFadden with two and Colin McFadden with two points were the point scorers for the home side for whom Brian McLaughlin came on near the end to represent Bridge men in yet another season in the Senior Team.

This was a good hard fought first game of the season for both teams but in the end its Gary O’Neill’s team who will be happier having scored the victory winning on a scoreline of St. Michael’s 3-10 Termon 1-6.

League of Ireland start to be delayed,...