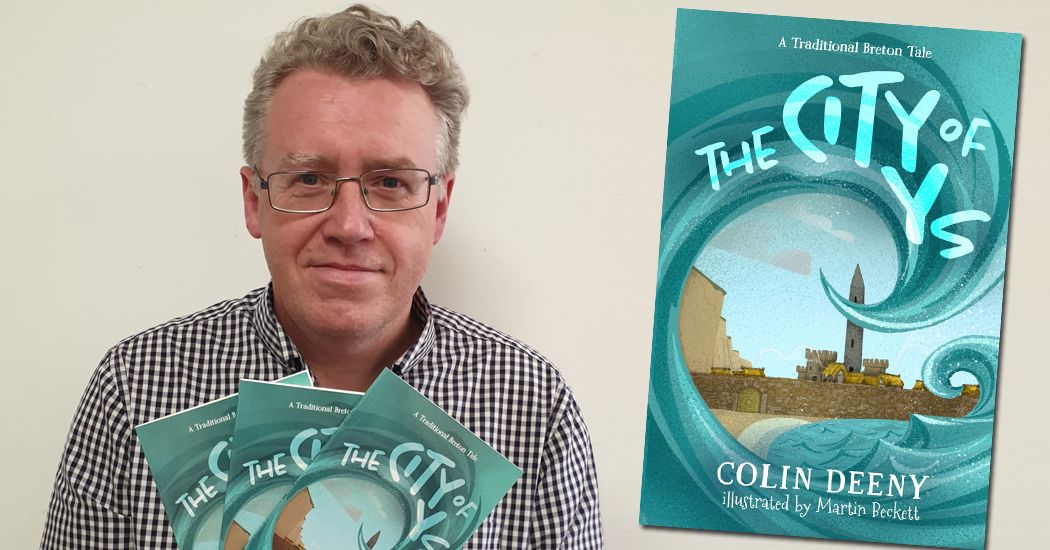 A popular Donegal pharmacist has put pen to paper again – not for prescriptions, but for a new book!

The book, which is suitable for 6-8 year olds, was created with talented Moville-based illustrator Martin Beckett from onetreestudio.co.uk

This is Colin and Martin’s fourth children’s book together. The other three were part of a Christmas themed trilogy called ‘Nicholas: When Santa was a Boy’

The new release is a different departure – it is a beautifully crafted tale about a princess who has everything she needs and indeed everything she wants but still wants more. The City of Ys is based on a traditional story from Brittany of the same name.

The book is out now in Inish Pharmacies in Muff, Buncrana and Carndonagh and on inishpharmacy.com: https://www.inishpharmacy.com/p/the-city-of-ys-book/cityys-1351?fbclid=IwAR0YuEoQ2qYONdrNqd7ST5bRhTVV8sLuAL_SDZfy5i-5k9Fz4P5Tr0W5ywY

A page from City of Ys