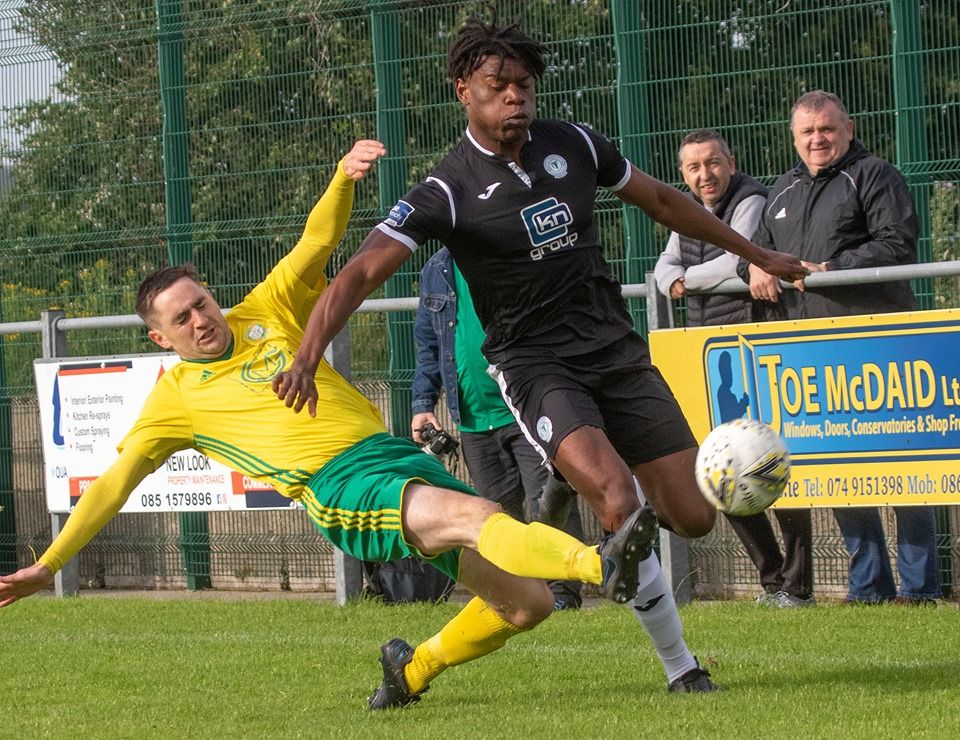 USL – Igiehon off mark for Harps to cancel out Rainey cracker

There were only seven minutes left when Igiehon popped up. A new signing with Ollie Horgan’s Harps just before the Covid-19 lockdown, Igiehon got on the end of a through ball to finish past Bonagee ‘keeper Eugene Ferry.

That goal cancelled out a stunning strike by Bonagee midfielder Ryan Rainey in the first half to announce the return of USL football in style. 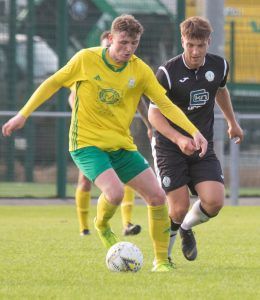 The game was preceded by a minute’s silence in memory of Bonagee United Club President Hughie Green, who passed away recently.

Stephen Doherty flashed an early opportunity across the Bonagee goal, with the home side clearing for a corner.

Rainey headed against the goal frame when he connected with a free kick soon after. 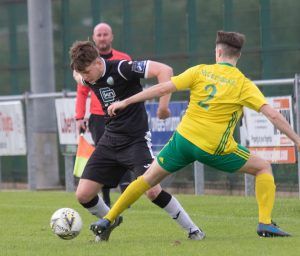 However, then former Wolves player wasn’t to be denied four minutes later. Rainey’s sized up the target and sent a cracking strike past the helpless Tom McDermott in the Harps goal.

Igiehon fired into the side-netting just before half time as Harps – who had senior boss Horgan among their management tonight – looked for a way back.

The second half was a tame affair with little in the way of goal mouth action or incident. That was until Igiehon pounced to level things up on 83 minutes. 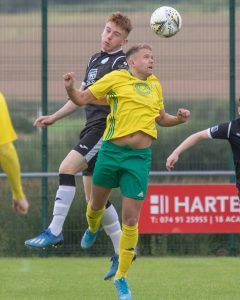