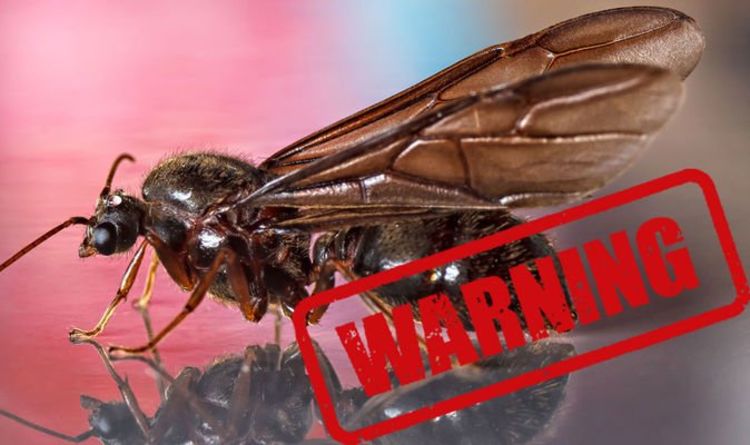 Donegal in direct line of huge swarm of flying ants

Donegal is in the direct path of a massive swarm of flying ants.

The ants will arrive in Ireland in the coming weeks and will cross the north-west of the country before moving on to the UK.

The UK Met Office has shared a radar image of the insects passing over Ireland and the United Kingdom.

The forecast was first revealed as a rain moving cloud – which later turned out to be the ants.

The insects are taking to the sky for their annual event to form new colonies.

The Met Office tweeted: “During the summer ants can take to the skies in a mass emergence usually on warm, humid and windless days #flyingantday.”

“Flying ant day” happens over several weeks during the summer. Ants venture out of their nests to seeking other colonies to mate with.

The flight generally happens at the same time every year.

The ants you see during the year are workers that collect food for the colony. Workers are all female and will be alive as adults for about a month.

The flying ants you see once a year are males and young queens.

They are currently taking to the skies for their yearly mating season.

It is thought that this happens when a spell of wet weather is followed closely by humid weather.

The flying ants are expected to last until the end of August, but if they humid weather remains, they may stick around for longer.