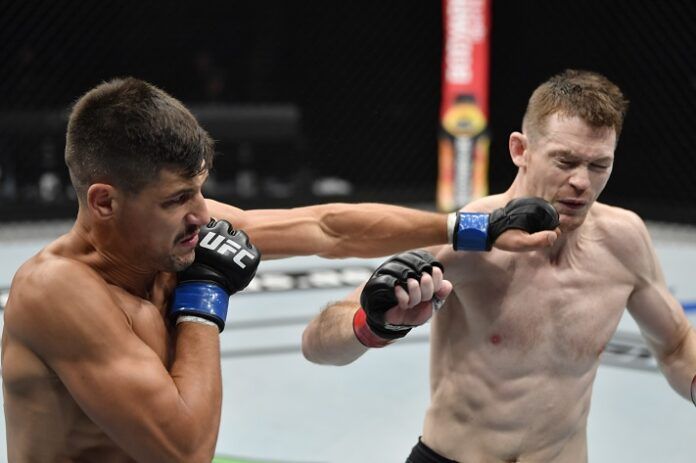 Joseph Duffy retires from MMA after defeat by Alvarez

Duffy was beaten by submission in the first round of his bout with Joel Alvarez. A guillotine choke by the Spaniard lightweight saw Duffy fall to a third straight loss and the Burtonport man confirmed that he is calling it a day.

“I am officially retiring from MMA competition,” he said on social media.

“I have been blessed on this journey in MMA and am truly grateful for every experience.

“I felt great all through camp and even warming up, I believed I was back to my former self then when I went in there it just falls to pieces.

“I think it’s time to realise that I haven’t got what it takes any more. 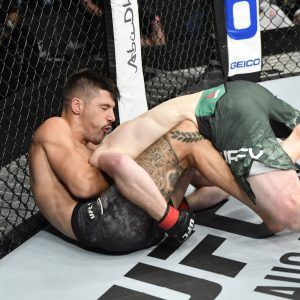 “Congrats to Joel Alvarez and thank you to the UFC for all the opportunities. I’m sorry I didn’t achieve what I set out to achieve for my fans, family, friends and myself but it just wasn’t meant to be.”

Duffy tapped out after two minutes and 25 seconds and was clearly frustrated as he lifted himself from the floor of the octagon.

After defeats by James Vick and Marc Diakiese, Duffy was hoping to get back to winning ways against Alvarez.

However, the 32-year-old submitted in the first round. Duffy – who began with good promise – attempted to go for a takedown, but when Alvarez, having weathered the early pressure, wrapped up the Donegal man in a tight guillotine, the end was nigh.

Soon, Alvarez got the tap and the underdog was celebrating.

Duffy defeated Conor McGregor in 2010 in a Cage Warriors Clash and he retires with a 16-5 MMA record.