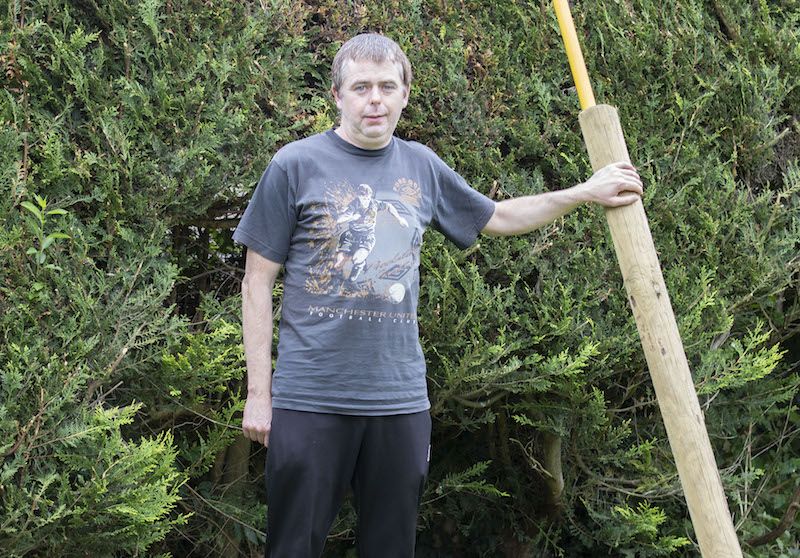 EXCLUSIVE: A father has warned of the dangers of exposed live wires after his wife and son were almost killed in the garden of their new home.

Clayton Duncan is counting his blessings as his son Deacon, aged 3 and wife Lorraine recover at Letterkenny University Hospital in Co Donegal.

The family were feeling so happy having moved into their new home at Mill House in St Johnston on Wednesday last.

The following evening at around 7.45pm little Deacon was playing in the front garden of the house.

He touched a wire sticking out of a street light which comes through the hedge of the garden and received a massive shock.

Terrified Deacon became electrocuted and could not take his hand off the wire.

His horrified mum Lorraine rushed to help her youngest son but she too received a shock as a result of touching her son.

3 yr old Deacon Duncan who had a lucky escape when he was electrocuted at his home in St Johnston. (North West Newspix)

Both Lorraine and Deacon eventually were able to remove themselves from the wire.

They were rushed to Letterkenny University Hospital where they are still being treated and kept under observation but expected to make a full recovery.

Engineers from the ESB and the Gardai arrived on the scene a short time later and made the wire safe.

Hundreds of homes in the area were also left with power supply for a time as a result of the accident.

A shock Clayton, who was at football training with eldest son Ashton, aged 11, said he cannot describe the moment he was told what had happened.

He said “I thought they had been in a car accident or something. And then I was told what had actually happened. All these horrible thoughts went through my mind.

“You hear of these things but you never think they will happen to you. It’s just awful to think what could have happened.

“Everything was going so well. We had just moved into our new house and everyone was busy getting things organised and then this happened. I don’t even want to think about how it could have ended,” he said.

The father-of-four said he is just thankful that his wife and son are okay.

However, he warned people to be wary of exposed wires and report them straight away if they are suspicious of anything.

“We were just so lucky but some poor family might not be as lucky as us.

“If anybody sees a wire then please report it to the ESB or to the Gardai in case somebody touches it. An adult might understand the dangers but a child will not.

“It’s better to report it and to be safe rather than sorry,” he said.