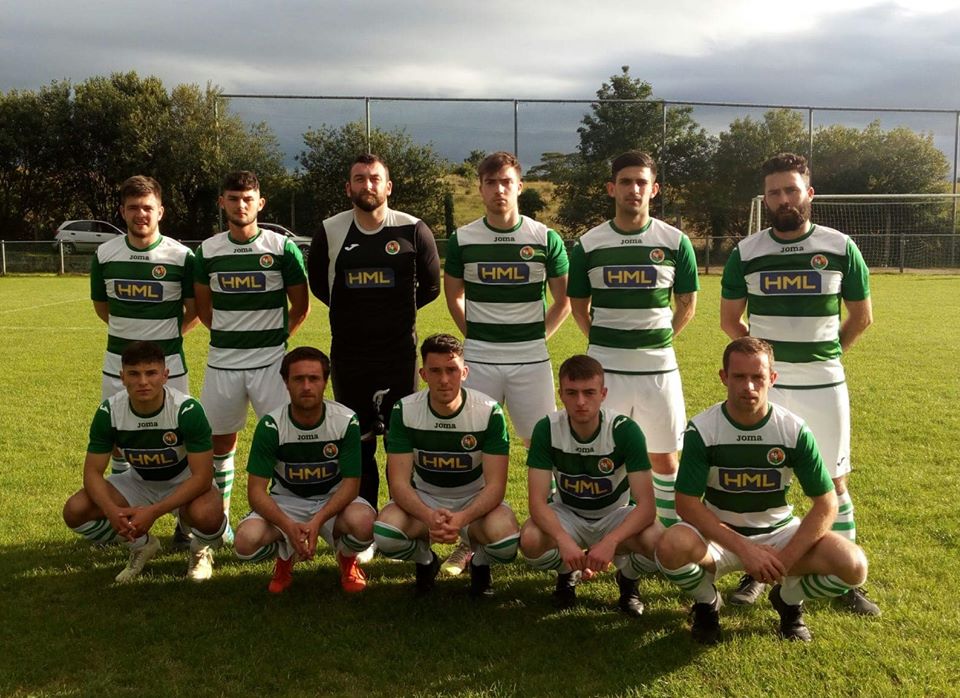 COCKHILL Celtic strengthened their position at the top of the league with a deserved victory over a youthful Derry side.

He had no chance with Cockhill’s opening goal in the ninth minute when a pinpoint Ronan Doherty free kick found Laurence Toland whose powerful far post header found the net.

Derry were well in the game and put together a good move on 19mins and it took a fine interception from James Bradley to deny Patrick Ferry a clear chance.

Cockhill doubled their lead on 25 minutes. A Bradley Callaghan shot was charged down. James Bradley was first to the loose ball and played in Adam Duffy who showed composure to slot low to the net.

Derry kept playing and went close twice before half time. Ferry had a speculative effort over the bar after a corner was kept alive before Ronan McKinlay shot narrowly wide.

The game was over as a contest on 49 minutes when Lee McColgan whipped a free kick in at the near post from the edge of the box.

Derry continued to create half chances with Caolan McLaughlin dragging a shot wide before Brendan Barr forced Gavin Cullen into a routine save.

Cockhill added a fourth on 82 minutes when Adam Duffy calmly converted a penalty after Daniel Doherty was impeded in the box.