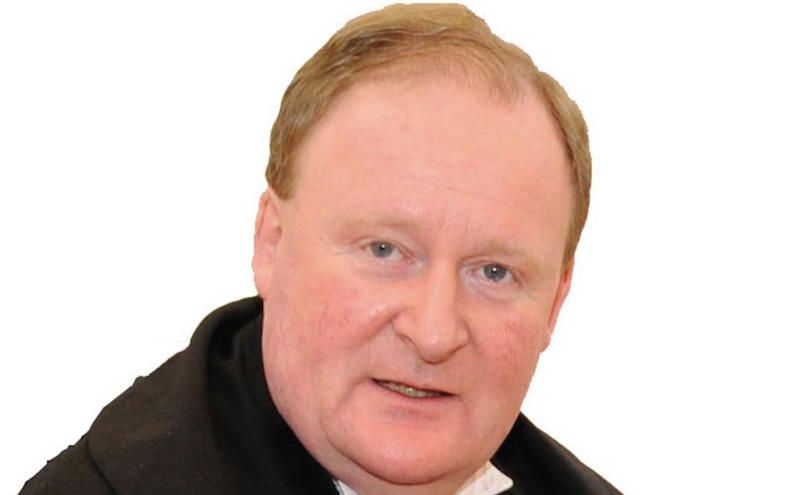 A former Donegal Judge has accused Fianna Fail of losing touch with its republican and social democratic roots.

In a lengthy statement, Mr MacBride spoke of his time as a judge, his frustration at Fianna Fail but how he hoped members would respect his decision and stance.

He started by stating that it was pure disillusionment with the party which led him to resigning.

Mr McBride said “On Wednesday 15th July 2020 with a heavy heart I tendered my resignation as a member of Fianna Fail. Over the past 2 years during the last 18 months of the previous Confidence and Supply supporting the Minority Fine Gael Government between the Summer of 2018 and the General Election of 2020, and since The General Election leading up to the formation of The FF, FG and Green coalition supported by
Independents, I have become completely disillusioned with Fianna Fail.

“The Party has lost its Republicanism and forgotten its Social
Democratic Working Class Roots.

“In my view Fianna Fail should (have): Formed as Leaders with 44 seats left of centre government with Sinn Fein, Labour and like-minded souls in 2016. Fianna Fail under Micheal Martin told the electorate that they were removing Enda Kenny and Fine Gael from power and not back into power.

“Micheal Martin and Fianna Fail should have pulled the plug from Confidence and Supply no later than the summer of 2019 on two issues – Health and Housing.

“Sinn FÈin bashing and totally negative campaigning in the 2020 General Election particularly by The Leadership of the party drove Fianna Fail and other voters into the
Sinn Fein camp for the first time ever,” he wrote.

He added that this was a major mistake and not talking to Sinn Fein was simply “childish.”

He said “Furthermore, not talking to Sinn FÈin was very childish and immature behaviour. Sinn Fein have shared power with Unionists in The Six
Counties since The Good Friday Agreement in 1998.

“In particular, since The St. Andrews Agreement Sinn FÈin Party has shared The Joint
Authority Post of First Minister and Deputy First Minister in The Northern Assembly and led the government of Northern Ireland.

“Sinn FÈin got the most first preference votes of any party in the recent 2020 General Election. Fianna Fail totally disrespected the democratic mandate of Sinn FÈin and their voters in a manner which is not consistent with democracy or the wishes of the electorate.”

On the formation of the Government, Mr McBride noted that the
Taoiseach set up ìA Shared Visionî Northern Ireland Section in his
Department.

“Surely as a Republican Party Fianna F·il should have set up a “United Ireland Section’ in the Department of An Taoiseach.

“The Irish Government is a joint guarantor of The Belfast Agreement and in particular the vindicator of the rights of Irish citizens, both Republican and Nationalist in The Six Counties.

“You have Boris Johnston and his Tories to side with The Unionists. In my opinion
Fianna Fail is no longer a Republican party.”

Mr McBride had been a member of Fianna Fail since 1969 until September 1999 when he resigned in accordance with The Constitution and The Law on his appointment as a Judge of The District Court.

HOwever, he rejoined when he retired aged 65.

He added “I retired at 65 years of age on the 15th of March 2015 as my beloved wife, Gretta, was very ill and subsequently had four operations in one year and by the Grace of
God survived. I have been her Carer ever since.

“I re-joined Fianna Fail as an ordinary member at the time of the 2016 General Election as I thought the party was a genuine left of centre republican and social democratic party. I contributed papers and advice on various policies to the Party.

“Between 1969 and 1999 I served Fianna Fail as a Cumann Secretary, Comhairle Ceantair Chairman, Election Agent, Director of Elections and the people of Donegal as a County Councillor.

“My late dad Joe and his family were founder members of Fianna Fail. My mum’s da, my patriot grandfather Jack Carolan, died for Ireland on the 6th day of May 1922 having been murdered.”

He added that he was happy to be in a position to “clean up” the area of Cavan/Monaghan when he served as a district judge there for more than a decade.

“Whilst serving as The District Judge in Cavan/Monaghan from 2004 to 2015 I cleaned up the area and stood up for the Constitution, the law and the good people of Cavan and Monaghan in opposing the dissident IRA, fuel smugglers, criminals and drug dealers.

“I also stood up to and opposed threats. No-one can question my loyalty to Ireland and the
Irish people.

“I am totally opposed to all violence, no matter what quarter it may come from.

“I am committed to democracy and believe in peace, justice and reconciliation. Furthermore, I believe in and will actively pursue a united Ireland pursuant to The Good Friday Agreement.

“I am proud to state that I am a republican and a man of the people.

“I ask all my friends and the public to respect my decision. I bear no personal animosity towards any man or woman in particular.

“I shall remain good friends with all members of the Fianna Fail party. My differences of opinion are genuinely political and are the very essence of democracy. God save Ireland. Up the Republic,” Mr
MacBride said.