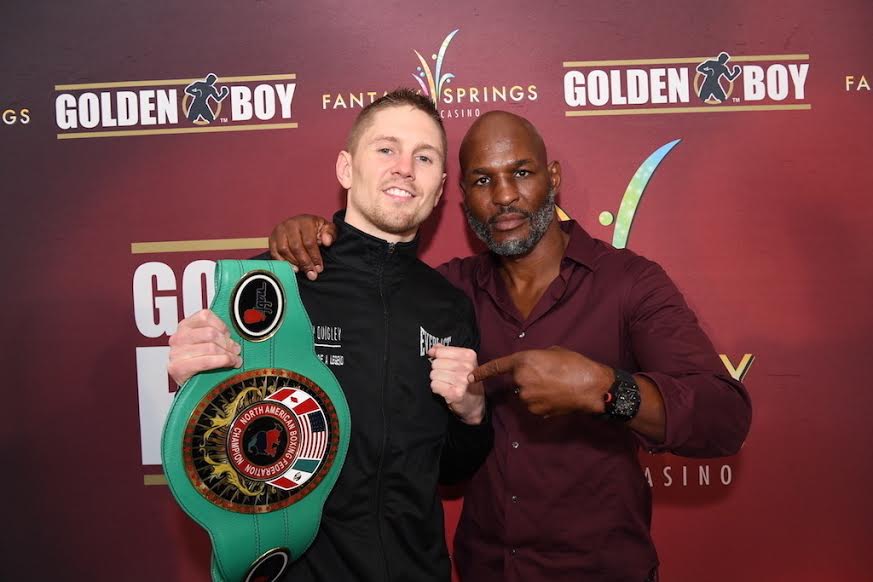 Quigley is one of the leading contenders to take on the Mexican superstar Álvarez (53-1-2, 36KOs) who is in line for a mid-September ring return.

Quigley (18-1, 14KOs) is also in the frame and the Ballybofey man’s team have confirmed to Golden Boy Promotions that they are ready and willing to take the fight.

“I think its (Jason) Quigley,” Hopkins told the Ak and Barak Show.

Hopkins is a partner in Golden Boy Promotions and had preciously backed Quigley to become a world champion.

“Remember I said that. Remember this day,” Hopkins said prior to Quigley’s 2018 win over Freddy Hernandez.

“Future world champion, I guarantee you. And I don’t give anybody a title.”

Álvarez, the middleweight champion and super middleweight titlist. has not fought since stopping Sergey Kovalev in Las Vegas last November.

The Mexican has told his promoters that he wants to return on the Mexican Independence weekend in September – and Quigley has already stated his willingness.

“I want to get in there because I want to test myself and I want to see how good Canelo really is,” Quigley – now trained by former world champ Andy Lee – said in a recent interview.