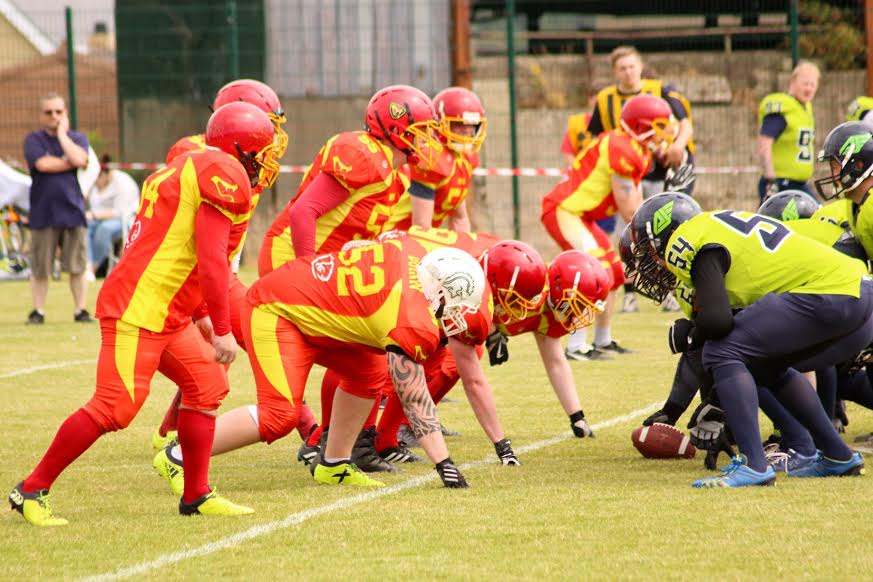 THE Donegal Derry Vipers have announced the first session of their eight-week “Hard Knocks” Training camp, where new recruits and returning Veterans can come along and try out one of Irelands fastest growing sports.

The Donegal Derry Vipers are an American Football team that bridges the Irish border. The team have bases in the Vale Centre, Greysteel, Derry and Coláiste Ailigh, Letterkenny

The training camp will take place in the Vale Centre in Greysteel, Derry, kicking off on October 6th from 10am to 1pm and continuing every Sunday until November 24th.

“In previous years, our try-outs consisted of one combine and then normal training sessions, but after feedback from our veterans over the years we are going back to basics and building the player from the ground up.

“We will teach you how the game is played and the correct way to tackle, the sport is open to everyone, from the very fit down to the first timers to sport, now is the time to get involved.”

The Vipers are keen to point out that the team is for men AND women.

Maguire added: “We had a few women playing in the league last year in some of the Dublin and Craigavon teams, so please if you’re a lady, interested in the sport, call down to the try-outs, you wont be disappointed. 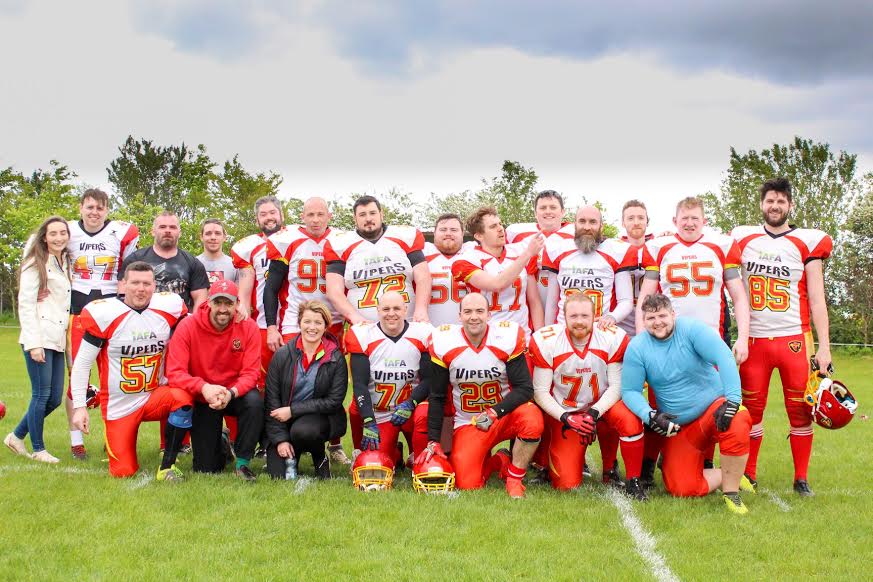 “All you need to bring is water, football boots and a gum shield, we provide all the pads and helmets.”

The Vipers compete in the IAFA league (Irish American Football Association) and are the premier team in the North West.

The team was founded in 2014 by Cathal Curran and has gone from strength to strength since its inception and was promoted to IAFA1 in 2017 after a very successful undefeated 2016 season resulting in the team winning the IAFA2 bowl.

Offensive Co-Ordinator Derm Brown said: “Whether you’re a sports athlete star looking to try something new in American Football or a lazy couch potato looking to get into shape. This is the sport for you.

“There’s something for everyone requiring all kinds of body types and mindsets. Even if you know nothing about American Football now, that will soon change. The majority of the team began with zero American Football knowledge and now know the vital importance of a 3rd down conversion or what a ‘hold’ is.”

If you’re interested visit: www.ddvipers.com to sign up to the Tryouts by using our contact form to register your interest so we have an idea of numbers in advance. We will also add you into the Vipers WhatsApp Group for further information. 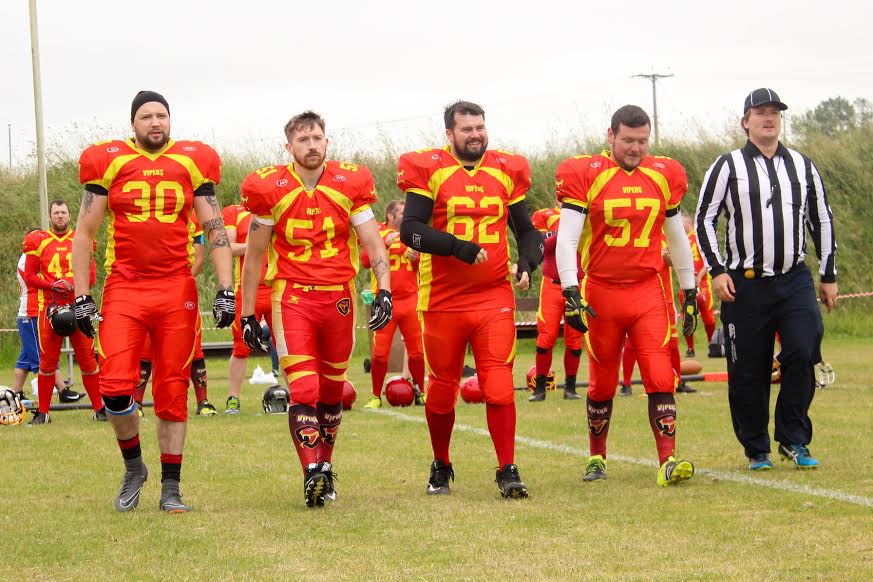