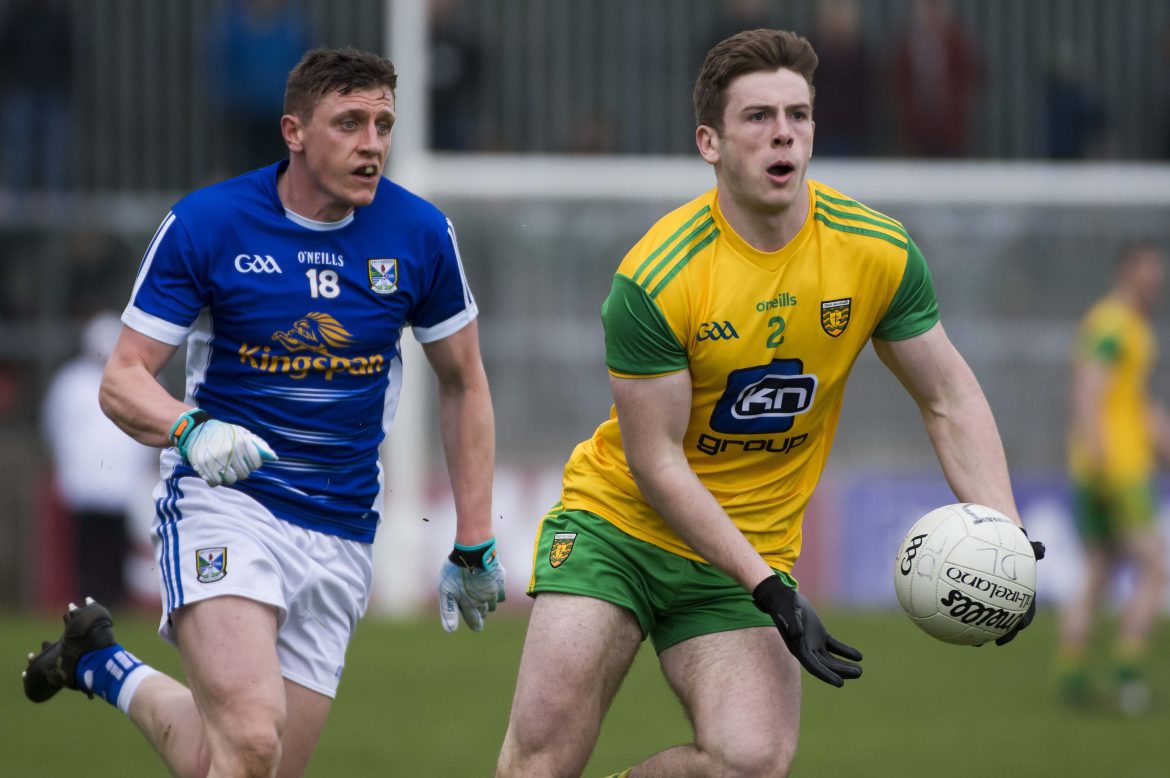 The Fishermen led nine points to seven at the break.

The home side led 0-3 to 0-0 by the eighth minute with Jack McSharry (2) and Shaun Gorrell on the mark.

McSharry would top score for the winners, as he hit 1-5.

Back came the Glen men with three unanswered points from Ryan and Kevin McNern and a free from Ryan Gillespie.

Further scores from Daniel Breslin and Ryan Carr kept Killybegs on top and David O’Donnell responded for the visitors to leave two in it at the break.

The crucial score in the second half came in the eighth minute.  A move involving the lively Eoghan Ban Gallagher (pictured) and Evan Broderick resulted in the live Jack McSharry hitting high into the net.

Naomh Columba never went away and a David O’Donnell goal left jus one in it with time looming.

It left a nervous few minutes but John Ban Gallagher pointed to seal the win as final whistle went.