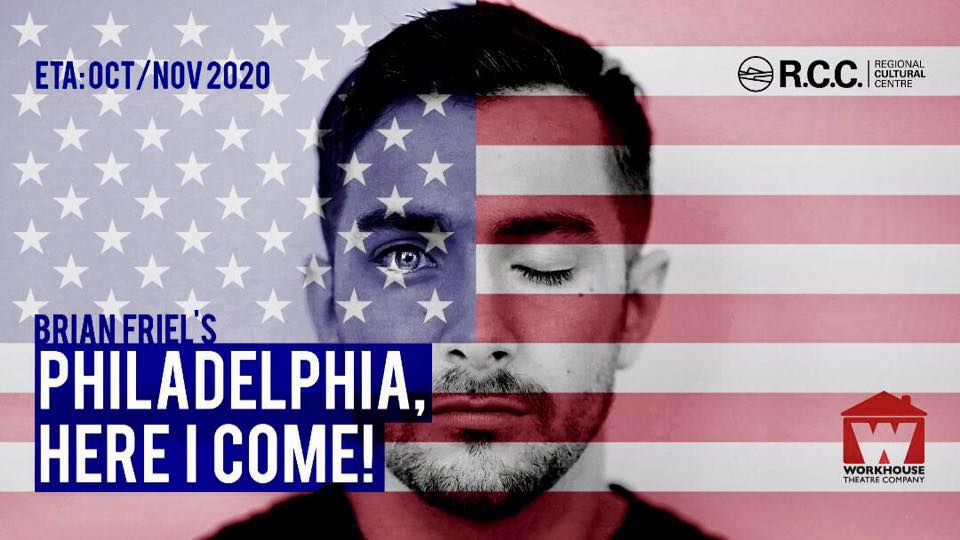 The show must go on…line for this Donegal theatre company

Social distancing rehearsals are in full swing for a local group of actors who took on the creative challenge of preparing a production during a pandemic.

Workhouse Theatre Company, based in Donegal has just launched their new production of the Brian Friel play Philadelphia Here I Come, which is due to run in October/November 2020 in Letterkenny.

The company feel that the current climate offers a challenge, but also an opportunity for innovation.

The cast of fifteen actors and two directors have adapted during lockdown and have been rehearsing via Zoom meetings for the past nine weeks.

“The show must go online” so says Iarla McGowan, director of Workhouse and the production.

“We’ve been rehearsing online, rolling with the times and trying to do things in a unique and creative way as opposed to the traditional ways,” he said.

What does a theatre rehearsal through Zoom look like? Well they had one meeting about two months ago with the whole cast together “which was crazy, but fun” said Michael Leddy, who is assistant director of the show and also plays the character of Canon O’Byrne. “Some actors are doubling up on characters, we’re in the process of settling into our roles at the moment,” he said.

Now they are rehearsing with smaller groups of two and three at a time and there is a Zoom meeting nearly every day. At the moment they are studying their lines before they start learning them.

“This is the part where we look with minute detail at every line, every word, every syllable so that each actor is 100% comfortable with everything they say on stage’” said McGowan.

“It’s a wonderful period of learning and creativity where we are taking the play apart and putting it back together again, we are asking questions, and every question is valid. It’s the time for the actors to really get to know their characters as well as each other as a group,” he said.

They are looking forward to getting together physically as a group at the end of August to move into the next stage of rehearsals “when we will all be off-book,” said McGowan.

“Whilst all theatres now find themselves in a time of peril, we are determined to use this as a creative challenge. And within this challenge is the space for innovation and to experiment with form,” he said.

Workhouse are delighted to have the help of the RCC to date. The theatre company also seeks the support of the local cultural services, representatives and organisations in their bid to bring quality theatre, using homegrown talent, to the audiences of Donegal.

Tickets will be available soon. Please keep an eye on www.workhouse.ie, and Workhouse Theatre Facebook page for details.