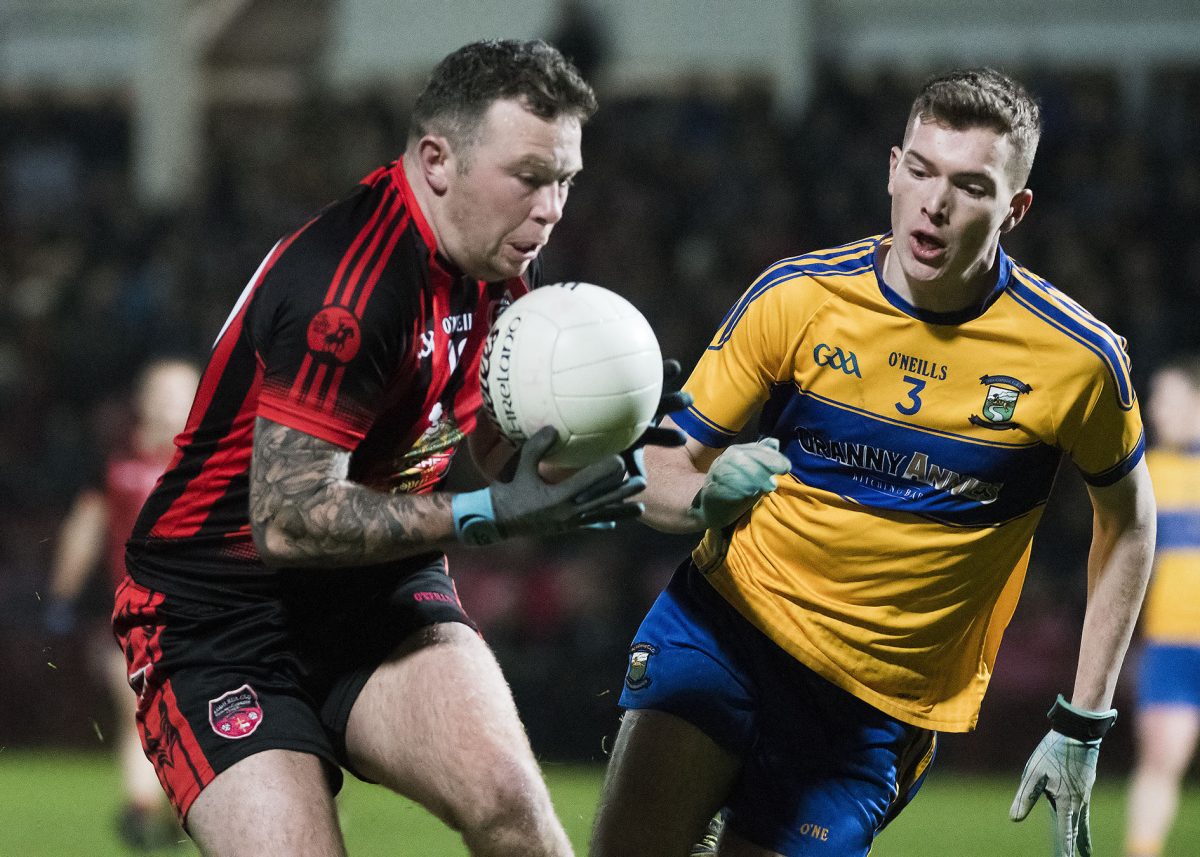 RED Hughs overcame Letterkenny Gaels in an entertaining tussle at Monellan this evening.

by Charlie Collins at Monellan

There were just four points between the sides at half-time, when Red Hughs led 1-8 to 1-4, but the home side had the better of part two and were ten to the good after Bradley converted a penalty.

The opening goal had arrived in the 11th minute.

The sides were evenly matched in the opening exchanges, with Bradley, Ryan Gallen and Tim Callaghan edging it for Red Hughs, who were 0-3 to 0-2 to the good when the green flag was hoisted for the first time.

The goal had a stroke of fortune about it as Gillespie’s shot from 35 metres out deceived the Letterkenny Gaels goalkeeper James Carr and nestled to the net.

A Gillespie free widened the gap to five.

However, the Gaels were ignited when the had a goal of their own in the 20th minute.

Conor Bradley made the play, beating two defenders before he set up Paddy Doherty, who palmed home from close range.

Conor McBrearty landed the first score of part two, but Red Hughs scored four-in-a-row, three of them by Bradley and the other by Callaghan, to move seven in front.

Eight minutes from the end, a foul by Gaels substitute Oisin McElhinney saw Declan Callaghan, the referee, award a penalty. Bradley stepped up to fire to the net and it was game, set and match.